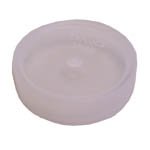 A red Volkswagen logo on a diesel-powered vehicle next to the abbreviation TDI (Turbocharged direct injection) in Frankfurt(Photo: PATRICK PLEUL, EPA)

Volkswagen Group has repaired or bought back more than half of the diesel cars eligible for a settlement in its emissions scandal, according to a court document disclosed Friday.

The automaker told a federal judge in a letter dated Thursday that it had reached the milestone about six months into the two-year buyback program for 2-liter diesel cars.

The company said it had bought back or terminated leases on more than 237,800 diesel cars from consumers and fixed more than 6,200.

“The company is making every effort to ensure that the process runs as smoothly as possible for affected customers and continues to make improvements to the customer experience,” Robert Giuffra, a lawyer for VW,  said in the letter to U.S. District Court Judge Charles Breyer in San Francisco.

A VW spokeswoman declined to comment beyond the letter.

About 475,000 vehicles were eligible for the deal the judge authorized in October. Owners have up to two years to collect their compensation, which can be either a buyback at a premium or a fix if VW can find one. Newer models are more likely to be fixable, while older models may not be. Owners can get access to information at VWCourtSettlement.com.

Judge Breyer has repeatedly emphasized that removing the polluting vehicles from the road should be a top objective. The diesel cars, dating back to the 2009 model year, were spewing harmful pollutants at rates of up to 40 times U.S. standards.

The 2-liter settlement is expected to cost VW up to about $14.7 billion, including billions in environmental remediation costs in a deal with U.S. and California regulators. VW also agreed to a separate settlement with owners of 3-liter diesel vehicles to buy back 20,000 of those models and repair 63,000.

Globally, the company has admitted to rigging some 11 million vehicles with software to evade emissions tests.

Several VW employees were hit with criminal charges in the U.S., and some executives, including former VW CEO Martin Winterkorn, remain under investigation by German prosecutors. Winterkorn has denied wrongdoing.

Altogether, the scandal has cost the company more than $22 billion.