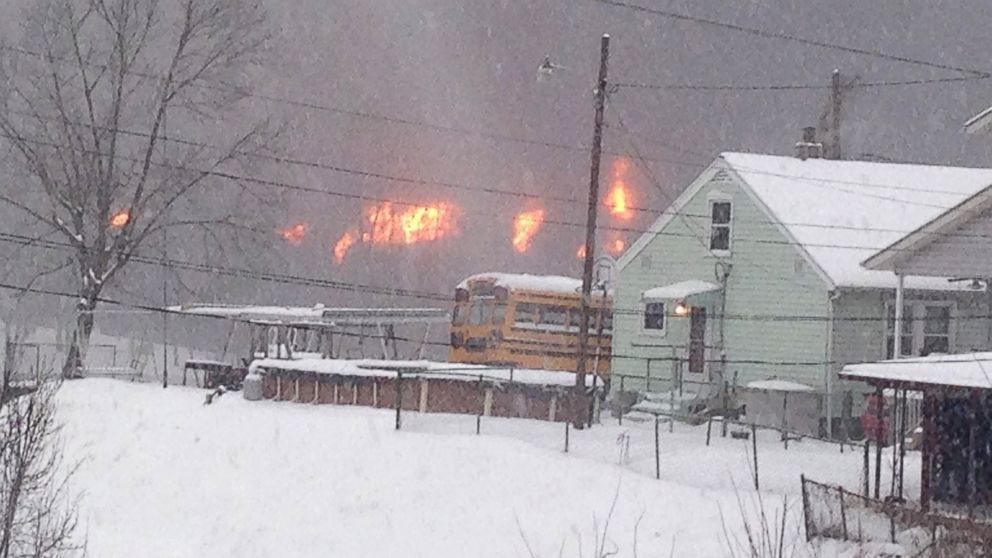 A train carrying more than 100 tankers of crude oil derailed in West Virginia on Monday – sending a massive fireball hundreds of feet into the sky, igniting a home and causing hundreds in the area to evacuate.

The CSX train had 109 cars – 25 of which derailed around 1:17 p.m., and about half of those cars caught fire or are leaking oil. Several of the cars spilled into the Kanawha River, officials said.

About 200 people are in shelters, according to Fayette County Emergency Services.

The fire is expected to burn until early Tuesday morning, according to Robert Jelacic at the WV Division of Homeland Security And Emergency Services.

West Virginia Governor Earl Ray Tomblin declared a State of Emergency for Fayette and Kanawha counties due to the trail derailment.

“Declaring a State of Emergency ensures that residents of both Kanawha and Fayette counties have the access they need to resources necessary to handle all stages of the emergency,” Gov. Tomblin said. “State officials are on site and will continue to work with local and federal officials, as well as CSX representatives, throughout the incident.” There are no reports of injuries or fatalities at this point.