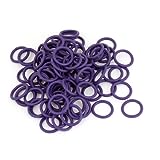 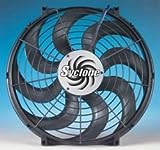 Which drivers are most likely to buy self driving cars? – USA TODAY

A Mercedes-Benz ad about self-driving capability includes both the F015 concept car, left, and the E-Class sedan(Photo: Mercedes-Benz via YouTube)

When it comes to the day you can buy a self-driving car, count current owners of two luxury brands, Mercedes-Benz and Infiniti, as likely to be among the first to sign on the dotted line, a new survey finds.

The least likely are pickup and SUV owners, those currently behind the wheels of a Ram and Jeep vehicles, finds MaritzCX, a research and software firm, that conducts an autonomous vehicle study.

The study points to the need for automakers to take different marketing approaches when the time comes to eventually try to lure buyers to their newfangled self-driving cars, which are expected to start hitting the market as early as 2020.

“It seems like a lot of the auto manufacturers are taking a one-size-fits-all approach as far as their effort to gain acceptance for this new technology,” says Shawn St. Clair, MaritzCX’s global syndication director, author of the study.

Trying to entice all buyers with same message won’t work because the study points out today’s motorists are motivated by what they perceive as different benefits from autonomous vehicles. Luxury owners are more likely to be drawn by technology and safety benefits, the belief that self-driving technology will be able to overcome their dumb driving mistakes. Mainstream drivers are more interested in pocketbook issues, believing that self-driving cars will save gasoline, St. Clair says.

The reason that St. Clair believes more Mercedes and Infiniti owners say they would be interested in a buying a fully self-driving vehicle is because those brands are already promoting partial autonomous systems already.

Infiniti was among the first with what it calls a Lane Departure Prevention System that helps keep the car from drifting out of its lane. Mercedes-Benz has a system that allows some models to come close to driving themselves at low speeds. Mercedes recently agreed to suspend a video ad for its E-Class after criticism that it promoted more self-driving capability than it could actually attain.

Truck buyers, conversely, are more concerned about the bottom line. They’re just as happy to drive themselves. Another truck brand, GMC, was also on the list of those least likely to buy a self-driving car, along with Jeep and Ram.

But also in the top five were two sports car brands, BMW and Porsche. No surprise there.

“Those are people who acquired those vehicles because they love to drive. They love performance,” St. Clair says. They aren’t as keen on having control of their vehicle taken away from them.

Younger male professionals living in suburbs were most likely to report being interested in self-driving vehicles, the survey found. Men outnumbered women overall in self-driving cars by a four to one margin.

The study was based on 12,353 online responses from May to August.

Percent of current owners saying they are interested in buying a fully self-driving car when they become available:

Percent of current owners saying they are least interested in buying a fully self-driving car when they become available: