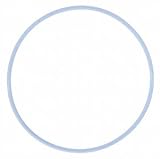 
CARS.COM — Despite more than 28 million Takata airbag inflators being recalled in the U.S., some automakers are still using them in new cars even though they’re known to degrade over time, which can lead to the airbags rupturing at excessive force, often turning the inflator casing into flying shrapnel. So far, 10 people in the U.S. have died as a result of these ruptured airbags and more than 100 people have been injured.


Related: Is Your Car Part of the Takata Airbag Recall?


Here’s the problem: The chemical mixture (ammonium nitrate) that Takata used to inflate the airbags grew more unstable over time as moisture crept in, especially in regions with high heat and humidity. To combat that, Takata added what’s known as a desiccant, or a moisture absorber. Now, the federal government has told Takata it must stop making all inflators with ammonium nitrate as a propellant by the end of 2018. While the jury is still out on whether Takata’s newer, desiccated inflators will eventually need to be recalled and replaced, some automakers are using these airbag inflators in new cars.


We reached out to automakers to find out which new cars are getting Takata’s non-desiccated airbag inflators and which are getting desiccated inflators. Here’s what we found:


Automakers Without Takata’s Volatile Inflators in Their New Cars


Spokespeople for these automakers said that none of their new cars use Takata’s more volatile inflators:


Takata’s Less-Volatile Inflators Could Be Recalled, Too


The National Highway Traffic Safety Administration has issued a consent order with Takata that requires the company to stop making inflators with any ammonium nitrate by the end of 2018. It also gives Takata until the end of 2019 to prove the safety of desiccated inflators — still being installed in many new cars — or they, too, will have to be recalled. That could bring the total cars involved in Takata inflator recalls to more than 70 million.


What will the feds be looking at? Jimmie Oxley, a chemistry professor at the University of Rhode Island, explained that ammonium nitrate qualifies chemically as a salt and, “by that definition, it’s pretty water-soluble,” she said. “It can get mushy.”


Enter desiccant, an absorbent chemical that Takata began adding several years ago, according to Automotive News. It can help protect the propellant from moisture.


“You know what desiccant is: If you buy a new pair of shoes, it’s that square in the bottom — that one-by-one-inch square that you pick up and throw away,” Oxley explained. “Sometimes it comes in a food product.”


How effective is it? While there is no hard data yet, there are no known rupture incidents to have come from desiccated inflators, regulators say.


“The root cause [of airbag ruptures] identified by the three independent research groups is limited to inflators without desiccant,” NHTSA said, referring to exposure to heat and humidity over time. “To date, there has been no known rupture of a desiccated inflator due to propellant degradation.”


Still, Oxley notes that desiccant won’t block moisture forever. She likened it to using rice grains to keep salt from caking: Over time, the effectiveness can run out.


“Decomposition always goes on, but it’s going to be minor with desiccant,” Oxley said. “Obviously, hot, humid weather is worse than cold weather in the [desiccated] decomposition period.”


To test how long the desiccant remains effective, experts would need to accelerate the aging process, something, “presumably, Takata has done,” Oxley said. “You take the thing up to elevated temperature, hold it for a while, and you crash it down to really cold temperature, and you temperature-cycle it.”


Meanwhile, Takata’s desiccated ammonium nitrate inflators appear still to be in widespread use in new vehicles for sale. Cars.com asked automakers if any of their new (2016-2017 model-year) cars have them. Here are those that responded:


Automakers With New Cars That Have Takata’s Desiccated Inflators