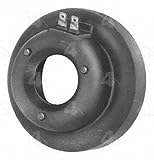 While more than a dozen plug-in electric cars are now sold in the United States, only three carmakers–Chevrolet, Nissan, and Tesla–have emerged as volume players, with BMW perhaps intending to become the fourth.

The Chevrolet Volt and Nissan Leaf still maintain an overall sales lead, but are they losing to BMW and Tesla in the more subjective arena of popular appeal?

That’s the argument of a recent BrandChannel blog post highlighting the sales of those plug-in car brands over the past few months, dividing the four into two “haves” and two “have-nots.” The post says BMW and Tesla have “sales, brand appeal, buzz, and a future” while arguing that the Nissan Leaf and Chevy Volt are “becoming the resigned ‘have-nots’.”

Many electric-car advocates, Leaf and Volt owners, and market analysts may draw somewhat different conclusions from the sales data, however.

Among the factors highlighted is an acknowledgement by GM that the Volt won’t become a mainstream vehicle any time soon.

Speaking to BrandChannel, Chevy CMO Tim Mahoney said the Volt market is “finite,” and that the extended-range electric car’s appeal is limited to certain regions, like California.

Volt sales are still strong for the segment, with 10,635 delivered in the U.S. through July of this year–though that’s fewer than the Nissan Leaf, at 15,755. Sales of the Leaf are accelerating, and 2014 has been its best year ever in the U.S.

On the other hand, the world’s best-selling electric car did poorly in the Insurance Institute for Highway Safety’s new small-overlap front crash test, and lost its Consumer Reports recommendation as a result. But BrandChannel argues that lower gas prices will cause some customers to turn away from the Leaf and Volt as the economic advantage of an electric car’s lower per-mile costs is lessened.

Meanwhile, the 2014 BMW i3 electric car has attracted plenty of attention with its radical design and upscale image, although its sales currently don’t threaten the Leaf, Volt, or Tesla Model S just yet.

BMW has sold 1,067 i3s–both the battery-electric and range-extended REx versions–since it went on sale in May this year.

That leaves Tesla as the brand with the most upbeat public image (and perhaps the highest ratio of media attention to actual sales of any carmaker).

In comparison, the Volt-based Cadillac ELR coupe has attracted little attention from buyers, largely because of a price that–even with five-figure incentives–is viewed by many as too expensive for the car’s size and performance.