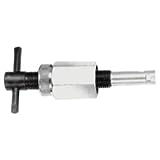 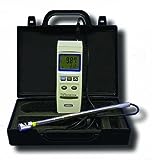 Why Are All ‘Girls Working On Cars’ Photos So Freaking Terrible? – Jalopnik

There’s more women working with cars now than there’s ever been. Both the Charger Hellcat and the new Cadillac CTS-V are projects helmed by women, for example. But if you try to find pictures of women working on cars, you’re pretty much limited to pictures of what appear to be sexy idiots with grease streaked on them.


The Charger Hellcat Is The Most American/Insane Ca

There’s really only two things you need to know about the 2015 Dodge Charger Hellcat: it may…

The Tumblr Girls Working on Cars Wrong shows how ridiculous these photos really are. It’s a gallery of sexy-ish girls in tiny jean shorts, in garages, with tools that usually have absolutely nothing to do with cars. Go ahead and Google that, too — “girls working on cars.” You’ll see what I mean.

It’s a great way to see how ridiculous most photographic pairings of women and cars end up. If I was a woman interested in cars, I’d probably be insulted, but, really, I’d probably just be used to this shit by now.

It’s not like it’s really suggesting that the models don’t know anything about cars — it’s not their job to dress the set — it’s the photographers and the prop people, and whatever idiot thought it’d be a good idea to use a pipe wrench in the shot.

I mean, it’s not like these pictures need to be usable as instructions on how to remove a cylinder head, but when you have a wrench that looks like it’s sized to remove the rectal grommet from Mechagodzilla’s anus in the hand of a tiny model as she strains to hold it over some Mustang’s engine bay, you should at least feel that maybe something’s not right.

Clearly, whoever sets up these shots doesn’t donate the tiniest of shits about how the world works. There’s women wearing welding goggles to use drill presses, holding filters that look like they’re designed for mining equipment, and, best of all, so many have really improbable grease/oil smears. Look at this lady:

What the hell is she thinking? “Dammit, I got some oil on my hands. Good thing I have a nice absorbent face!”

And that’s not even mentioning the absurdly big wrench, or the questionable decision to climb, barefoot, right into the engine bay of an F-150.

Some of these I just found by searching in Shutterstock for “women working on car.” Maybe 5% have women wearing even remotely appropriate clothing. Maybe. Even the ones that aren’t flat-out, over-the-top sexualized (as in dry-humping a fender) are still chock-full of not just stupid staging, but some outright dangerous. Look at this:

That hair, hanging there. That long, silky, flaxen hair, just moments away from being wrapped around a spinning pulley and yanked out of that head and becoming a whipping bit of scalp-on-a-rope. This is such a staggeringly terrible idea. If you’re working on a car and don’t want your face yanked into a fan, put your hair up. Don’t fucking dangle it right into the engine.

I guess I shouldn’t be shocked — look at the rollover hint there: “working on the transmission.” Who picked “transmission?” She’s pinching a tiny something on the intake manifold — the transmission is way down there where her hair will be in a few minutes.

I get that women in minimal clothing around cars can be appealing to look at — I’m not made of formica. But, I know way too many women who know way too much about cars not to cringe at this idiocy.

So, idiot photographers and prop-people: find a car person. Google something. Read a goddamn book. If you’re going to take these shots, fine, but I’m pretty sure a girl in Daisy Dukes and a half a T-shirt won’t look any less attractive if she’s using tools that don’t make her seem like she’s been huffing paint.