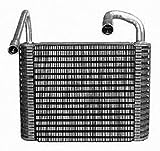 Why Are Cars so Expensive? – The Drive

There are many reasons why cars are so expensive. But first, understand this: Cars actually aren’t expensive. They’re cheap. Scrapyards buy them every minute of every day for about $100 each. Hit Craigslist and you’ll find hundreds of running cars for sale for under $1,000. Hit the seedier used car lots and they’ll finance anyone into a near-junker for a few bucks a month. Hell, there are about 260 million cars crowding America’s roads. Cars are so cheap here literally anyone can afford one.

It’s when you turn to new cars that they get so expensive. The cheapest new car for sale in the United States is the Nissan Versa S, which carries an advertising-friendly base sticker price of $11,990. Naturally, that doesn’t include the usual “destination and handling” extortion of $865, but $12,855 isn’t bad for an entire new, never-been-used car with a warranty. The entire cost of that Nissan is only $505 more than what Porsche charges for the “Powerkit” option on the 911 Targa 4S, which that adds a mere 30-horsepower to that sports car.

The reason Nissan can only charge $12,855 for a Nissan Versa is exactly the same reason Porsche can get away with insanely expensive options on the 911: that’s what buyers will pay. The bottom of the market is peopled with price-sensitive skinflints obsessed with landing a bargain. The Versa S is priced to lure those buyers into the Nissan showroom, where a trained team of sales professionals will divert them into something reasonably civilized, less subjectively crappy, and more expensive.

Meanwhile, the top of the automobile market is dominated by free-spending lunatics ready to blow the ill-gotten gains from their real estate swindles, multi-level marketing frauds, and sloppily performed unnecessary surgeries on exotic machines that announce their affluence and attract equally exotic sexual partners. Status anxiety and childish impulsiveness find their best expression in the spending of massive amounts of cash.

At the top of the market, high prices are part of the attraction. It doesn’t cost $400,000 to build a Rolls-Royce Dawn, but it wouldn’t be as attractive to many buyers if it were merely $300,000. And at the bottom of the new car market, $12,000 is an astronomical amount of money.

But most of us who want to buy a new car are stuck somewhere between the bottom and top of the market. For us, $12,000 is a lot of money but it’s not astronomical. And $400,000 is an insane amount of money that, if we’re lucky, we might have in our 401K. And that’s where the price of cars can be daunting.

According to Edmunds.com, the average price of new car sold during 2016 was $34,077. Bankrate.com published an analysis last June that indicated that in most cities, most people can’t afford anything close to an average new car purchase on a 48 month loan. So the term of car loans have been growing to 60, 72 and even 84 months.

The top-of-the-line 2016 Honda Accord Touring V6 sedan listed for $34,225 so let’s call that an “average car” by today’s standards. Compared to one of those old Chevelle SS-396s, the Accord is loaded with luxuries, vastly safer, better built, spectacularly more reliable and delivers much better fuel economy. And on a test track, with the net-rated 360-horsepower “L34” version of the 396 aboard, a ’66 Chevelle, running stock Uniroyal Tiger Paw tires with the wide-ratio four-speed manual transmission ran the quarter-mile in 16.3-seconds at 86 mph for Hot Rod Magazine. Car and Driver tested a 2016 Accord equipped with the net-rated 278-horsepower, 3.5-liter V6 and six-speed automatic transmission ran the quarter-mile in 14.4-seconds at 99 mph.

Yeah, the Accord costs, relatively speaking, twice as much as the 1966 Chevelle SS-396. But it’s pretty close to being twice the car.

There are obvious things that make today’s cars most expensive. Power windows are almost universal now and were rare luxuries in the 1960s. Government regulations mean that each new car now has to carry pollution control and safety equipment that only Ralph Nader, in his most delirious moments, dreamt of a half century ago. And thanks to advances in engineering things like crush zones, today’s cars will crash more predictably and safely than anything from way-back when. Throw in navigations systems, camera systems, effective air conditioning, and big glass sunroofs, and today’s cars are thick with features.

But the reason why today’s cars are carrying all those plucks and flourishes is because that’s what today’s buyers want. It’s nice to imagine driving a ’66 Chevelle every day, but if you had to sit in those shapeless seats, roll up the windows manually, smell the fumes pouring off the fuel leak that passed for a carburetor, and try and deal with the hazy steering and crap brakes, it would be intolerable by today’s standards. Or at least by today’s standards if they’ve been unpolluted by five decades of nostalgia.

Back in 1966 cars were financed for one, two or maybe three years. And by the time a buyer was finished paying it off the car was often used up and ready to be junked. Today at the end of seven years of payments, a modern car may show more than 100,000 miles on the odometer but capable of running another 200,000.

The reason why today’s cars are so expensive is that they’re good enough that people will strain and strive to pay for them. In short, they’re worth it.