Why BMW bets on versatility over pure EVs – Engadget

After a short drive around San Francisco’s Cow Palace, I returned the combined engine/motor-rated 248 horsepower 330e back to BMW’s traveling Ultimate Driving Experience event. It’s tough to put a car through its paces after only a few miles. It handled well and accelerated as expected in each of the three driving modes (Save Battery to run the gas engine, Auto eDrive for gas and electric, and Max eDrive to run off the battery).

The most surprising thing is probably how unsurprising the car is. It’s a 3 Series that you won’t have to refuel as much and has an eDrive button. That’s exactly what BMW wants.

While the futuristic looking i3 and i8 EVs were built specifically to showcase what the automaker is capable of, it’ll be the tried and true 3, 5, 7, and 8 Series models that’ll be the first that deliver battery-powered cars to a majority of the automaker’s customers.

BMW will accomplish this by making it possible to build multiple versions of a car (pure electric, hybrid, diesel, and gas) in the same factory. The vehicles will share the same chassis that supports the different drivetrains. But regardless of how the car moves, the automaker wants to make sure it meets its customers’ expectations of sporty luxury vehicle.

Those expectations are also what’s probably keeping you from being able to buy something like a 5 Series pure EV. While batteries are fine for short burst of power, they heat up during long periods at high speed. If you’ve driven a Tesla during very hot summer day and your climate control has switched off, that’s why. The car is protecting that battery.

So there’s a performance curve for batteries that during a long drive can be detrimental to extended periods at high speed. If your cars are known as sport luxury vehicles (like BMW), that’s going to keep you from filling a regular car with batteries and just hoping your customers are forgiving. 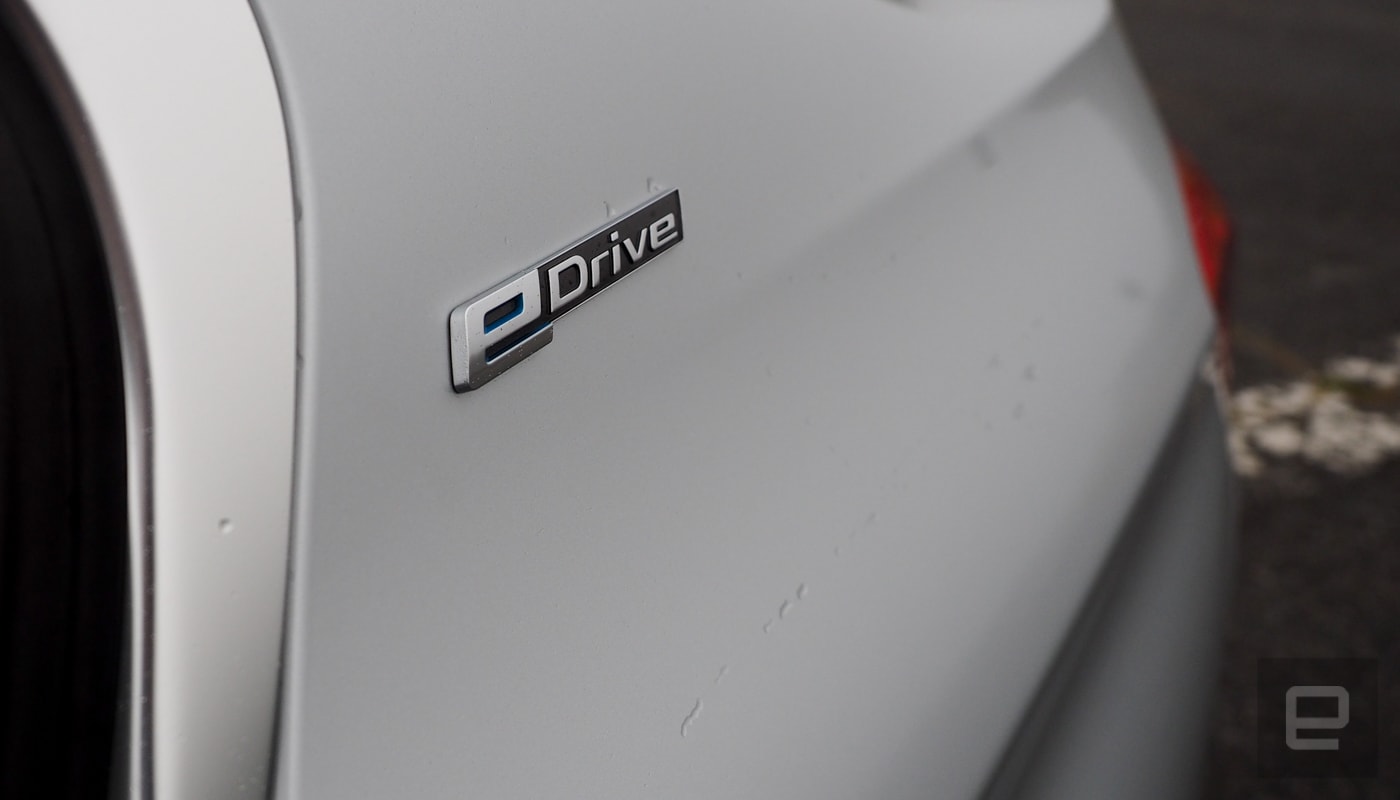 Couple that with a charging infrastructure that’s still in its infancy (but growing), and BMW’s decision to keep its pure EV models under the futuristic “i” brand makes sense. At least for now.

BMW has announced that an electric version of its X3 crossover will be available in 2020 though. Like Jaguar, the automaker has seen the rise of SUV and crossover sales and decided that a large electric car is the safest business bet. Big cars aren’t going away, they’re just getting batteries.

Meanwhile, BMW will add full EVs with its regular lineup eventually. The hybrid iPerformance line up is a stepping stone to that. We’re just not sure exactly that will happen. What matters is that when it does happen, the automaker will make sure its customers will be able to climb any hill at full speed whenever they want.