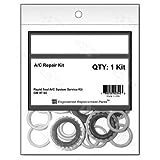 Why Cars Are Apple’s Next Big Market – Re/code

Few industries are as highly regulated as the global automobile industry. Just this week, Volkswagen discovered it could be facing a federal criminal probe for allegedly cheating on toxic emissions tests.

So why would Apple, the envy of the corporate world for making gadgets everyone wants, bother to venture into an industry so fraught with pitfalls?

Some $2 trillion in potential annual sales, or even a fraction of that, has convinced the iPhone maker to move from the exploration phase to committing to a deadline to deliver an Apple-branded car. According to the Wall Street Journal, Apple has tripled the size of the team devoted to the project, code-named Titan, and has set a target ship date of 2019.

Apple has made a practice of slipping into a sleepy market and making it its own. It has had amazing runs in PCs, digital music players, tablets and phones. But the global smartphone market, which accounts for nearly 70 percent of Apple’s revenue, is slowing down. Sales are expected to rise 10 percent this year industrywide, down from the comparatively torrid 27.5 percent rate of 2014. Clearly, Apple needs big new markets to upend to justify its status atop corporate America and grow its $657.8 billion market capitalization.

The global automotive market fits the bill. Last year, some 87 million vehicles were sold, generating around $2 trillion in revenue, according to UBS. The market is forecast to rise by a paltry 3.5 percent a year through 2021 on a compounded annual growth rate, according to PricewaterhouseCoopers.

PwC projects global vehicle sales to grow at an annual rate of 3.5 percent through 2021.

The market with the greatest potential is the tiny market in electric vehicles. Although it accounts for less than 1 percent of global vehicle sales, its compounded annual growth rate through 2020 is projected at 19 percent driven by a combination of falling prices, improved driving range and the onslaught of stricter government air quality regulations.

That helps explain why Tesla Motors, founded a dozen years ago, has already claimed 20 percent of the luxury vehicle market in the U.S. So far this year, Tesla has sold more Model S sedans than Mercedes sold of its comparable S-Class, according to Credit Suisse automotive analyst Dan Galves.

Then there are the lofty estimates around robot cars. As absurd as Google’s steering wheelless, gondola-shaped clown cars may seem to some, the expectation around autonomous vehicles is astounding. The market for vehicles with autonomous features could grow to a $42 billion business by 2025, according to the Boston Consulting Group, assuming the technology can achieve a clean safety record and regulators look favorably on the idea of driverless cars.

For Apple, moving into cars is about owning the experience on a new tech platform — and keeping Google from dominating. A similar motivation is pushing the company into home automation, where Google too has a significant presence. Cars, in particular, are rapidly becoming centralized around mobile technology. “Eventually,” said Pete Tenereillo, CEO of GPS company PathSense, “you’re going to get in your car and your car will be your phone.”

Meet the Leaders Shaping the Future of Mobile, October 7-8 at Code/Mobile

Apple will have to catch up quickly. Aside from tech giants like Google, Tesla and Uber employing hundreds of employees to build the technology behind robot cars, features of self-driving automobiles have already crept into cars over the past few years. Everything from adaptive cruise control to parallel-parking assistance to automatic emergency braking are preparing consumers for more. Boston Consulting Group expects another wave of technology to come this year or next — including highway autopilot, in which a vehicle would drive autonomously on highways and change lanes on its own, and autonomous valet parking, in which the vehicle finds an open parking spot and parks itself.

Apple’s resources would make it a formidable contender: It brought in $121 billion in revenue from iPhone sales alone last calendar year, roughly equal to Ford’s total revenue for 2014. That doesn’t count the $200 billion Apple has in cash on hand.

But success is anything but assured.