Why Disney Should Take The Lead On Self-Driving Cars – Forbes

I feel fairly confident that autonomous vehicles are coming eventually, and that the roadblocks critics cite are surmountable. But rather than showing up overnight as fully functioning options at the car dealership, autonomous vehicles will show up gradually as incremental growth of autonomy and flexibility. One of the first places that should go autonomous is pretty clear to me: Disney World.

Buses are likely to be among the earliest applications of autonomous driving in the real world. This makes sense because buses run on predictable paths, and therefore have to deal with less uncertainty and require less flexibility. This is happening already in some ways, with autonomous shuttles being tested in Helsinki and Las Vegas.Disney World in Florida has a massive bus system that would be perfect to replace with autonomous driving. The buses provide free transportation for guests, operating as a hub and spoke system. The four theme parks (Magic Kingdom, Epcot, Hollywood Studios, and Animal Kingdom) and Disney Springs are the hubs, and the 22 resorts are the spokes. This system also connects to a monorail and water transport. This is a major transportation system, requiring nearly 400 buses, which Disney brags gives them the same sized fleet as the St. Louis Metro Transit and a larger one than the Los Angeles Department of Transportation.

So Disney clearly has a major scale bus system that could justify the fixed costs of investing in this technology. Lets say the 400 buses require 400 drivers. According to the BLS the average bus driver salary is just under $32,000, so lets say Disney pays $30,000. Then they spend $12 million a year on bus drivers. 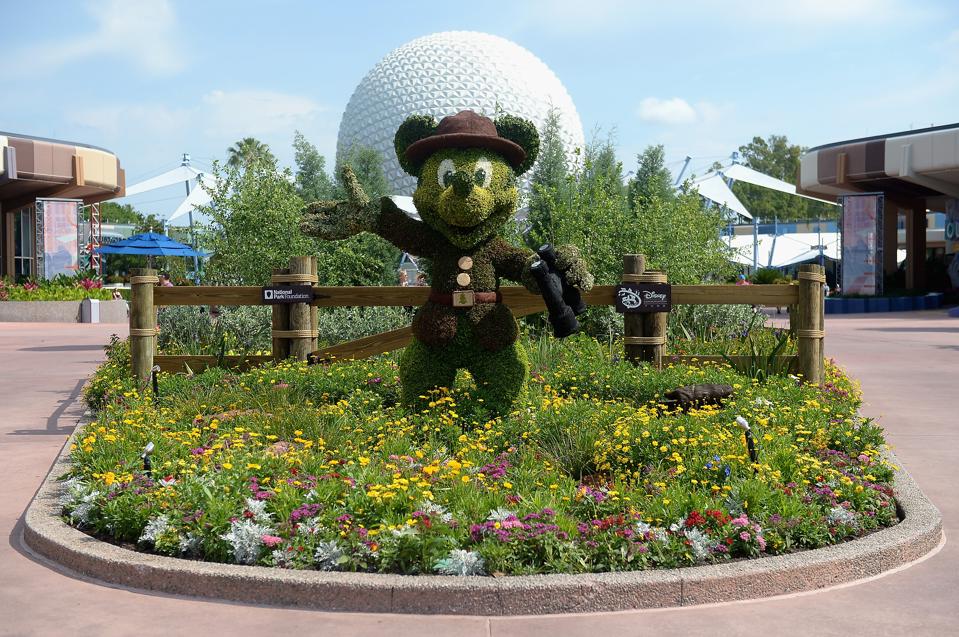 That’s just the potential cost savings, the benefits are likely an order of magnitude larger when it comes to customer convenience. Disney relies on a bus system rather than a taxi system because this economizes on driver time. This means the buses make multiple stops, and long queues can occur to even get on a bus. As a result, although buses usually run on intervals of less than 20 minutes, the transportation time within the park can be significant. The Disney Tourist Blog offers this advice to guests:

If you’re planning to rely on Walt Disney World Resort transportation rather than renting your own car or utilizing a taxi, be sure to give yourself at least 1 full hour of transport time to get where ever you wish to go. Typically, it won’t take this long, but on occasion it can (it has taken us over an hour and nearly two hours on multiple occasions).

If going from one hotel to another, they advise leaving yourself 1.5 hours.

Small autonomous shuttles would allow direct point to point transportation instead of hub and spoke. Vehicles could also be routed efficiently and flexibly, hailed by apps, and redirected from less busy parts of the park to more busy parts. Overall, it seems very likely as a result that transportation times could go way down.

Some of the things I’ve listed above are true of all big city bus systems, but there are a bunch of Disney specific advantages.

First, the convenience savings will accrue to Disney customers, meaning that the benefits are all internalized and there is no externality or public choice problems constraining Disney from doing what is optimal.

Second, Disney has extremely deep pockets and is not constrained in the way that many cities and public transportation systems are. Disney won’t need to raise bus fares to pay for the adjustment costs and deal with voter complaints about that. What’s more, if the system in the end is more expensive, Disney customers are more likely to be willing to pay for it via higher ticket prices than the typical urban bus rider is to pay for convenience with higher fares. Tourists on an expensive vacation are going to have a higher time value of money and willingness to pay than urban commuters.

There is also a wider benefit to Disney to maintaining the image of being technologically advanced. Their bus system is basically an urban bus system, no more glamorous or welcoming. To replace that with what would be a very cutting edge technology would be to replace the least Disney thing about the park with what would be one of the most Disney things in the park. Wikipedia describes Epcot specifically as “dedicated to the celebration of human achievement, namely technological innovation and international culture…” and is a “permanent worlds fair”. This would give Disney the chance to take the lead in innovation, rather than simply celebrating the innovations of others.

Is this a crazy pipe dream? I don’t think so, and if the rumors are correct, neither does Disney. The LA Times reported earlier this year that “According to sources with direct knowledge of Disney’s plans”, they are negotiating with autonomous vehicle manufacturers and planning a pilot program that will transport employees around the park. If that works, they are rumored to be planning to roll this out to customers.

Despite being just a rumor, I feel pretty confident will happen. It makes too much economic sense not to.