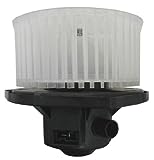 Why Is Turnover So High In Car Sales? – Jalopnik

According to Automotive News, the average annual turnover for sales people in the auto business is 67 percent. Which is a lot! It’s also not the kind of line of work job seekers are interested in, according to a new survey—only about a quarter of them interested in the industry would also be interested in selling jobs at a dealership.

The survey, taken by a research firm called Cox Automotive, polled 800 job seekers and is reflective of a job whose reputation has suffered for decades.

But it’s more than that. From Automotive News:

“If you’re a dealer, you think, ‘Why would I want to invest in people if they’re going to quit?’” said [Isabelle Helms, vice president of research and market intelligence for Cox Automotive]. “But they quit because of a lack of training. So it’s a case of the chicken or the egg.”

Of the 800 job seekers surveyed, 5 percent said they’d be interested in working in the automotive industry, but of that, only a quarter said they would want to work in a dealership, Helms said.

“But when you start talking about other roles in a dealership besides sales, interest increased. It went from a quarter to about a third,” Helms said.

For women, that interest rose to 28 percent from 18 percent when considering jobs other than sales. For millennials, it rose to 38 percent from 31 percent, said Helms.

One turnoff to sales jobs is the pay structure, with 37 percent of those surveyed equating a commission pay plan with a sales role, Helms said. Another is that 31 percent of job seekers don’t believe they’re qualified or have the necessary skills for a sales job.

There’s also the hours, which tend to be long, and management, which, perhaps in part because of the high turnover, isn’t always very forgiving. If you work in car sales, or have worked in car sales, let us know in the comments: How was your last experience? Did you sell new cars or old cars? What was your best experience on the job? And what was your worst?