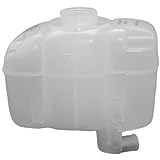 The speculation has come to a merciful end. The three models of the Apple Watch will hit shelves on April 24 in nine countries, including the US. Pre-orders will begin on April 10.

The lower-priced model, Apple Watch Sport, will start at $349 with the 1.49-inch aluminum casing and go up to $399 for the larger 1.65-inch face. The Sport has an Ion-X (or aluminosilicate glass) screen, which is supposed to be very scratch resistant. Buyers will get their choice between silver and black, and one of five colors for the rubberized band.

Apple Watch, the mid-priced timepiece, will range from $549 to $1,049 for the smaller 1.49-inch stainless steel case. The larger 1.65-inch size will begin at $599 and top out at $1,099. Apple claims the “cold forged” stainless steel is about 80 percent stronger than its counterparts with a mirrored finish and sapphire crystal display. Consumers get the choice of silver or black, along with their choice of a leather bands, a rubberized band, a link bracelet, and a Milanese loop.

The high-end Apple Watch Edition will start at $10,000 and top out at $17,000. (Yeah, eat your heart out Apple geeks.) The Apple Edition will come in an 18-karat yellow or rose gold frame, and for this price, you can get whatever band you want.

All models will feature the two buttons: a “crown display” (or home and navigate feature) and a friend button that will display predetermined contacts on your watch. The crown display is the go-to control for piloting the smart watch. Additionally, all Apple Watches will be water-resistant and feature a high-resolution Retina display, ambient light sensor, GPS, Wi-Fi and Bluetooth capabilities (which it will use to sync with the iPhone), heart-rate sensor, accelerometer, and gyroscope.

The Apple Watch records your daily activity including movement, exercise, and standing time. This health features tracks how many calories a person burns in a day and has an optional “tap” feature to remind wearers to get up and move around. There is also a workout app to help track all the information in one place.

Looking to make the smart watch a “rich and integral part of your life” – as Apple chief executive officer Tim Cooks put it – Apple made sure to add plenty of pre-loaded applications to be an active assistant to your iPhone. To access the apps, users swipe up on the watch’s face and are able to select from predetermined apps. Apple Watch comes loaded with “native apps” including mail, messages, calendar, maps, a reminder feature, camera remote, weather, and more. The watch will also be able to send notifications for breaking news, stocks, or sports teams using “taps.”

So far, the Apple Watch is able to hail an Uber, display flight information and breeze through airport security, bypass the hotel lobby and act as a room key, use your security system to open a garage door and tap into the live security feed, interact with Siri by pressing the screen or using the phrase “Hey, Siri,” and more. The watch also acts as a phone (in conjunction with a nearby iPhone) and allows user to receive calls and or reply with a message. Users can reply to a text with emoji, voice or text message, or sharing a location. User can also send friends a “tap” to get their attention, recorded heartbeats, or a little drawing – “to let them know you’re thinking about them.”

The Apple Watch is also rather customizable. It is up to individuals whether he or she prefers the clock face to display Mickey Mouse, an analog clock (with or without numbers), or an info-packed screen of board meetings and outside temperatures.

Apple says the smart watch’s battery will last 18 hours, though as Apple Insider points out, the fine print says that battery life depends on usage.

True to form, Apple revealed a magnetic charger that will connect over the heart monitor on the back of the watch. Bands will range from $49 for the Sports strap to $449 for the link bracelet.

Perspective buyers can get their hands on the new Apple device two-weeks before its official launch at their local Apple Store.