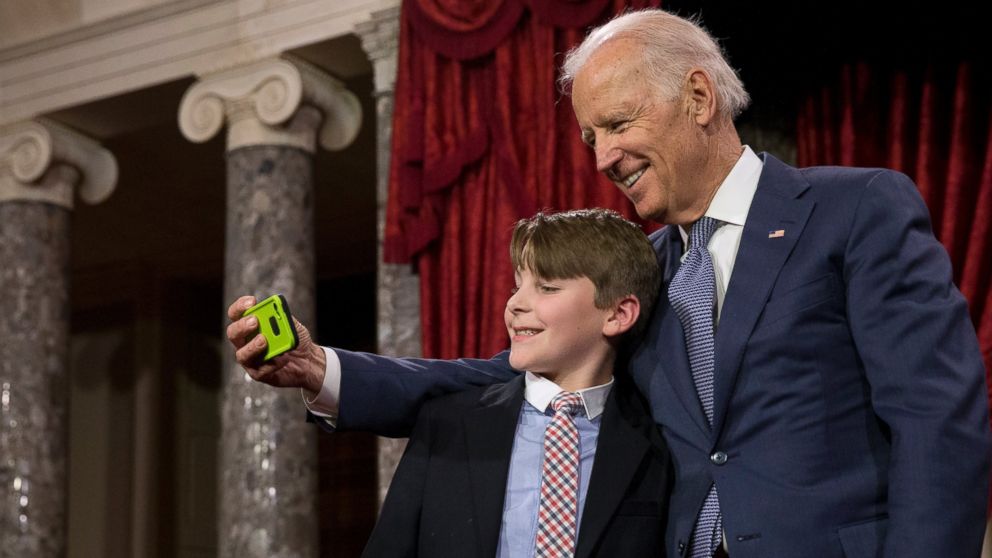 Here’s a look at the best of Biden:

Joni Ernst made her imprint on the political world with her now infamous “Squeal” ad, but apparently, that wasn’t enough to make the VP remember her name. When the Iowa Republican senator approached the vice president for her swearing-in reenactment, Biden turned around and loudly said “Gail!” Ernst politely corrected him, saying, “Joni. My husband is Gail.”

Number of Phone Calls to Grandma: 1

It’s well known Biden holds a special place in his heart for moms and grandmothers, so when Sen. Cory Gardner of Colorado asked the VP to give his grandmother a call, Biden couldn’t say no. “Betty how are you? My name is Joe Biden, Vice President Biden?” the vice president said as he got on the phone with Gardner’s grandma. But apparently she wasn’t all that interested in talking to the veep. After a short conversation, Biden handed the phone over to the senator and told him his grandmother said, “Nice talking to you, I don’t have time. I’m watching my grandson being sworn-in.”

There were dozens of photographers in the Old Senate chamber to snap images of the swearing-in reenactments, but some of Biden’s favorite moments came when kids asked him to pose for selfies. “I heard that you liked selfies,” one of Sen. Steve Daines’ family members pictured below said to the VP. “Well…yeah,” Biden replied.

Number of Times Biden Called the Swearings-In “Boring”: Too many to count.

The vice president commiserated with many of the kids tagging along for the photo-op with their parents, telling child after child, “Oh man this is BORING, BORING, BORING!”

• “A son’s a son till he gets a wife. A daughter’s a daughter for the rest of her life.”

• “We have something in common –- we have sisters brighter and better looking than us.”