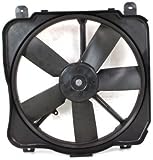 New Englanders waking up Monday morning all aglow after the Patriots’ victory in Super Bowl XLIX will face a winter storm that could bring more than a foot of snow to some areas less than a week after a larger storm brought between 1 and 3 feet across the region.

The storm was expected to deepen off the coast of southern New England early Monday, bringing between 9 and 16 inches snow to Boston and nearly as much to Hartford, Providence, southern New Hampshire and Vermont.

National Weather Service meteorologist Matt Doody warned that Monday’s morning and evening commutes would be messy, but added “For New Englanders, we’re used to this during the winter.”

Outside the region, snowfall totals in New York State were to vary from 6 to 10 inches in Buffalo and Binghamton, and 8 to 14 inches in Albany. The Philadelphia area could receive up to an inch of snow and a little ice before rain washes it away. Forecasters expect about 3 to 5 inches to fall in the Lehigh Valley and 5 to 11 inches in the northern part of Pennsylvania.

Northeast Ohio, including Cleveland, could get 4 to 9 inches, and Toledo and the northwest part of the state were headed for 3 to 7 inches.

The weather has already forced the cancellation of more than 2,300 scheduled Monday flights. Of those, more than 300 were at Boston’s Logan Airport. On Sunday, more than 2,000 flights were canceled in the Midwest, the vast majority of which were in or out of Chicago’s two airports. O’Hare Aiport reported 16.5 inches of snow Sunday.

Public officials throughout New England announced parking bans ahead of the storm so crews could keep the roads clear.

Amtrak planned to operate a normal schedule, but with some modifications. It said it would have extra crews available to remove downed trees or make infrastructure repairs.

In New York City, Mayor Bill de Blasio said residents should be ready for a snowy and icy commute. The city may get 2 to 4 inches of snow and ice is possible.

The Illinois Department of Transportation dispatched 350 trucks to clear and salt Chicago-area roadways ahead of Monday’s morning rush hour, and the city said late Sunday that it was sending out 150 more pieces of heavy equipment for road work.

Across the country, hundreds of public schools canceled classes due to the danger of children traveling. Many parochial schools and colleges did the same.

The weather led to power outages, including roughly 10,000 ComEd customers in Illinois on Sunday evening. That number had been cut to 5,500 by midnight CST. The weather also cut power to nearly 8,000 northern Indiana homes and businesses.

Ohio officials said a Toledo police officer died while shoveling snow in his driveway Sunday and the city’s 70-year-old mayor was hospitalized after an accident while he was out checking road conditions.

The officer, who was not named, died of an apparent heart attack. City and medical officials say Mayor D. Michael Collins was hospitalized after he had a heart attack and his SUV crashed into a pole.

In Nebraska, a truck driver and a 62-year-old woman were killed in separate traffic accidents on snowy roads. In Wisconsin, the Milwaukee County Medical Examiner’s Office said a 64-year-old man with a history of cardiac problems was found dead Sunday in his garage after shoveling snow.