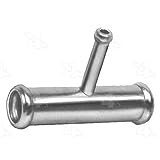 With Improved Range and Speed, Electric Cars Move Into the Fast Lane – NBCNews.com

They’re slow and expensive, can’t travel very far, and could leave you stranded waiting on an overnight charge…. Or so is the popular perception of the electric vehicle. But a wave of new models, including such offerings as the Chevrolet Bolt and Tesla Model S P100D, are set to challenge that conventional wisdom — and could finally position battery-based vehicles to crack into the mainstream automotive market.

The new Tesla, which will feature the largest lithium-ion battery pack ever offered on a vehicle, should get an average 315 miles per charge, according to the EPA. And Tesla claims it will launch from 0 to 60 in a mere 2.5 seconds, making it the third-fastest production car ever built. While it won’t be cheap, the Californian maker also plans to bring the 200-mile Model 3 to market next year for around $35,000, just slightly more than what Chevrolet will be charging for the new Bolt battery-electric vehicle.

“The long-range BEV is a marked achievement in the industry,” said Scott Shepard, a senior research analyst with Navigant Research.

And when combined with other improvements in battery-car technology, we’re likely to see a major increase in what has so far been relatively sluggish sales growth. Adding in plug-in hybrids, a recent Navigant study estimated that these battery vehicles should see as much as 62 percent year-over-year growth, to as much as 900,000 by 2016. That’s after sales dipped slightly last year.

Tesla is just one of the automakers determined to prove that everything you thought you knew about electric vehicles is wrong, as they bring out a procession of new models that address the traditional limits of the technology.

Even now, the vast majority of battery-electric vehicles on the market can barely manage 100 miles between charges, some less than 70. But the Tesla Model S P100D sedan gets an EPA rating of 315 miles, with the Model X P100D SUV managing 285 miles. Even-longer-range products are under development, including a compact model Volkswagen has confirmed that could deliver nearly 400 miles per charge.

Researchers are working on batteries that might be able to get 100 percent charge-ups in little more time than it takes to fill up a tank of gas.

As for performance, that’s steadily improving, as well. The original Chevrolet Volt plug-in hybrid took about 10 seconds to get from 0 to 60. The second-generation model takes about 8 seconds. Porsche says its Mission E battery sports car will do the job in 4 seconds or less. And the Tesla Model S P100D will handle it in a mere 2.5 seconds — nearly as fast as the LaFerrari and Porsche 918 Spyder — albeit only with the “Ludicrous Mode” option, and only a handful of times with a fully charged battery.

Pricing has been another disconnect for many potential battery-car buyers. The Model S is certainly not for those on a budget — the P100D version starting at $134,500. But the Model 3 set to go on sale next year, as well as the Chevy Bolt, will start in the low to mid-$30,000 range after factoring in federal and state credits and other incentives.

Then there’s the issue of charging. Even those 100-mile battery cars could take all night to recharge if plugged into a standard 120-volt outlet, and four hours or more with a dedicated 240-volt charger. And that’s if you could make it home. Until recently, finding a public charging station has been a challenge, but they’re mushrooming in many parts of the country, most notably California, the largest EV market.

A consortium of EV charging services was announced at the Los Angeles Auto Show last November, a move that will make it easier for owners to find and use those facilities since they’ll all accept each others’ credit cards.

The big breakthrough is just on the horizon, however. So far, there have been only a handful of so-called Level 3 chargers, systems using 440-volt Direct Current, set up in the U.S. But plans call for hundreds of new ones. Tesla is setting up its own Supercharger network across North America. These will be capable of giving a BEV as much as an 80 percent “refill” within 15 to 30 minutes, depending upon the size of the battery.

And researchers are working on even faster charging systems, as well as batteries that might be able to get 100 percent charge-ups in little more time than it takes to fill up a tank of gas.

Factor all these elements in, and potential buyers are “expected to significantly increase PEV adoption past the 1 percent penetration rate it has struggled to surpass in all but a few markets,” according to Navigant’s Shepard.

Tesla alone has forecast sales of 500,000 BEVs by 2018. There are plenty of skeptics, especially as the maker has routinely been late to market with new models. But even if it falls a year behind, that would mark a nearly tenfold increase over its 2015 sales.

There’s plenty of debate over what sort of plug-based vehicles will gain the most traction. Many experts believe that plug-in hybrids, which combine electric motors and a gas engine on the same vehicle, could be the hot ticket by eliminating range anxiety entirely. Mercedes-Benz alone plans to be selling 10 plug-ins by the end of next year. But Tesla’s Musk is confident that improved batteries will make pure battery-electric models more appealing.

That debate is likely to play out for at least several more years. But one way or the other, plug-based automobiles now seem positioned to start appealing to a mainstream buyer, rather than just dilettantes willing to drain their wallet and put up with plenty of inconveniences to go green.