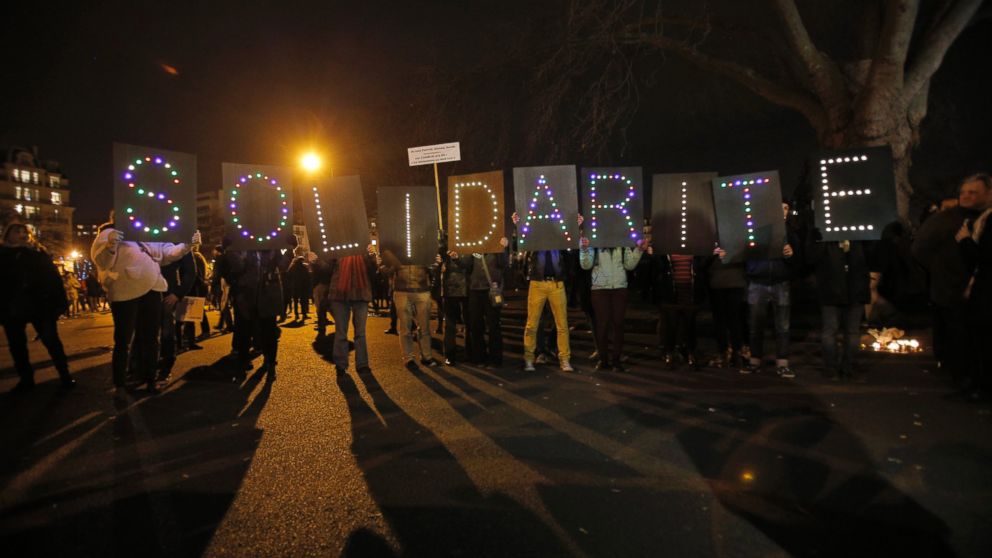 More than 1 million people — including leaders from around the world — today marched as part of “a cry for freedom” to honor those killed in this week’s terror attacks in Paris.

The march began Sunday afternoon at the Place de la Republique, near the Charlie Hebdo offices where 12 people were killed Wednesday.

French officials say about 1.3 million people huddled in the windy streets — some appearing solemn, some upbeat — marching with French flags and “Je suis Charlie” — “I am Charlie” — signs. Some sang and clapped, and portions of the crowd spontaneously burst into applause as they marched.

It was the largest demonstration in French history, according to officials.

The march broke up into three sections — one down Boulevard Voltaire, one down Rue Bastille, and the third down Rue Philippe Auguste. All three marches later reunited at Place de la Nation.

Cafes and bistros along the route overflowed with marchers who stopped to rest along the walk, some carrying handmade signs reading “No Fear” and “Not Afraid.” 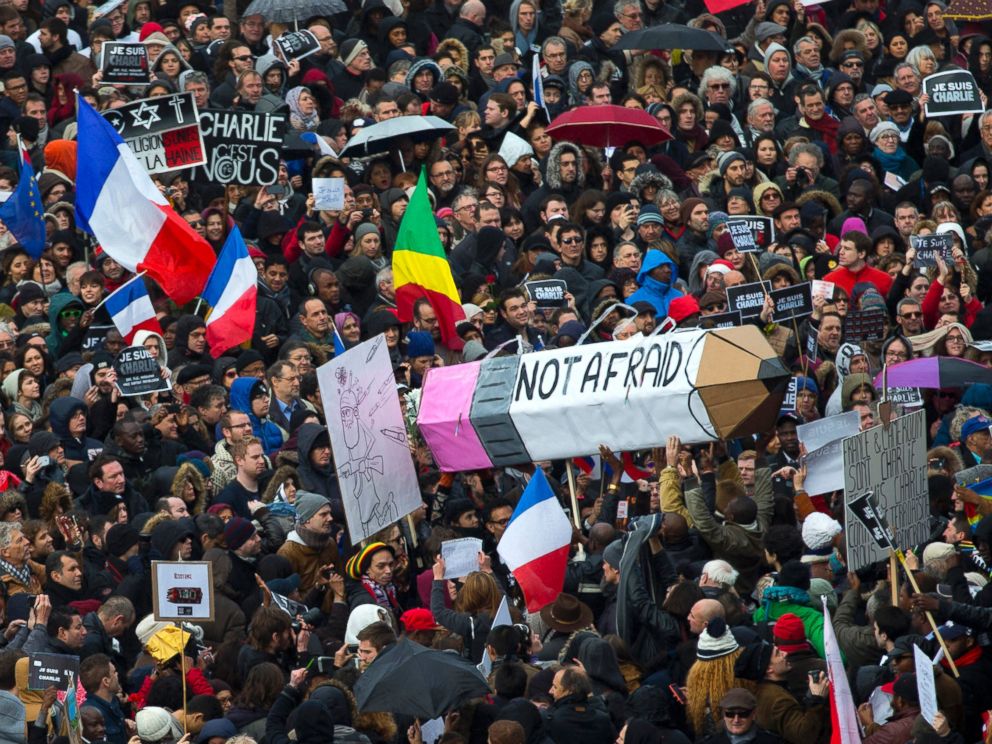 The march was a response to the massacre at the offices of Charlie Hebdo, a satirical weekly newspaper, and a subsequent pair of hostage situations Friday, one of which involved the suspected gunmen. Seventeen people were killed during the three days of violence. 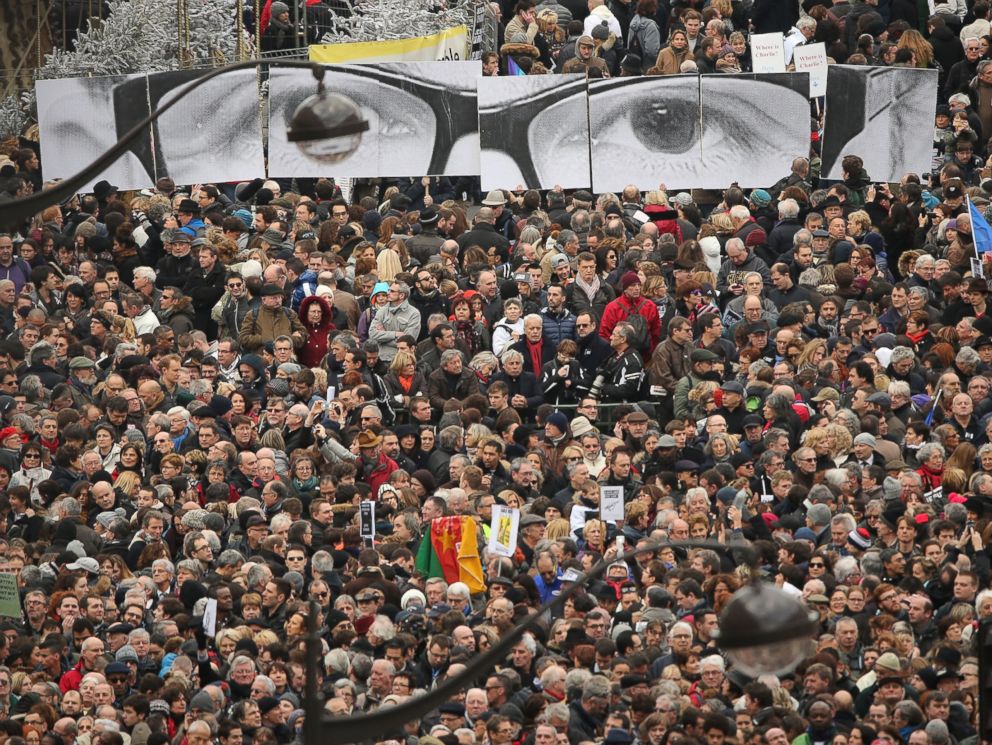 French police say they took extra precautions during the march, with more than 2,000 officers in the area and another 2,000 officers and 1,000 soldiers stationed throughout Paris.

Gerard Araud, the French ambassador to the United States, told ABC News that it is “very likely” that the country will face more attempted terrorist attacks.

“We have to consider the threat that we are facing. You have in Europe thousands of young radicals — thousands of them — and of course, we are democracies and you don’t arrest somebody because of his ideas,” he said.

Araud called it a “very specific threat,” noting the hundreds of Frenchmen who went to Syria or Yemen for military training with various extremist groups.

Crowds as far as the eye can see at today’s unity march in #Paris. People of all stripes walking silently except for spontaneous bursts of applause. #CharlieHebdo #JeSuisCharlie #JeSuisAhmed #JeSuisJuif 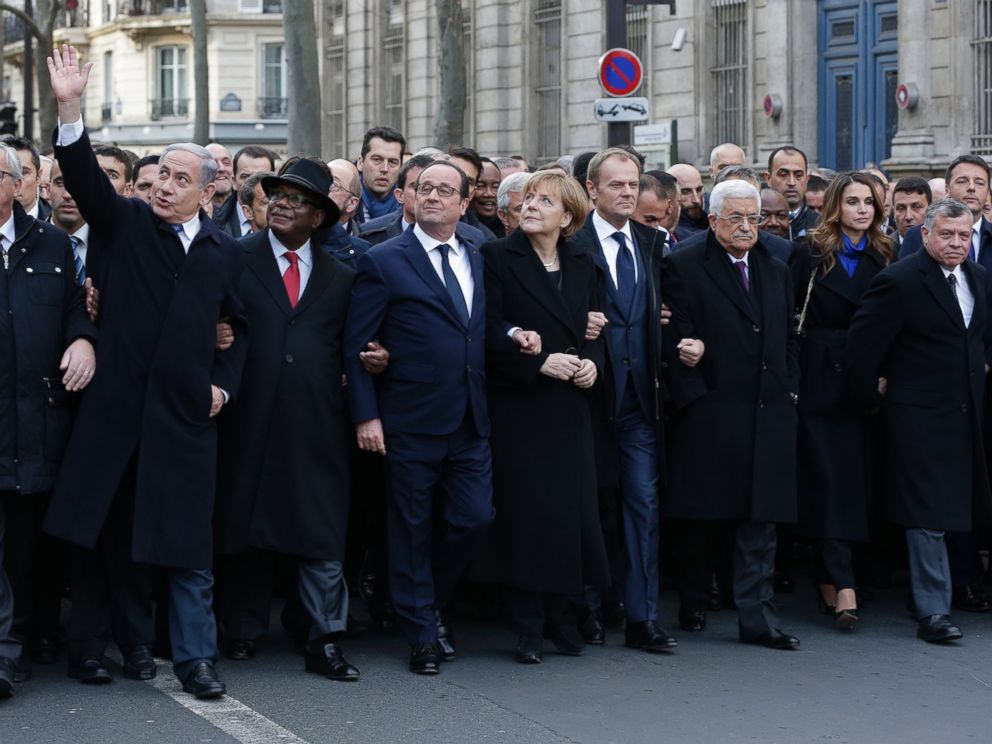