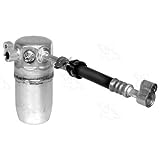 Worst cars for complaints in 2014 – NewsNet5.com

CLEVELAND – Are you driving one of the worst cars on the road? A new car complaint study has just been released for 2014.

A man named Jack Gillis who wrote a book about cars and folks at the Center for Auto Safety came up with this. They checked with the National Highway Traffic Safety Administration to see how many registered complaints there were compared to the number of sales for those vehicles. Those with the highest index numbers are the worst according to the report.

How do you avoid getting yourself into a troublesome car? Do your research.

Here’s the top 20 of the 2014 models on the list according to LemmonLaw.com. Combine that with Consumer Reports ’ reviews and expert analysis on what cars are good this year and what used-cars to get and to avoid. Then throw in tips from Kelley Blue Book that offer great insight on what you should expect as well.

Money Talks News says this new index shouldn’t make or break your car buying choice but you should gather info from several credible resources and put them all together before making such a large purchase.