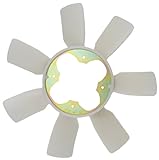 A man who drove the wrong way down a street on the North Side struck two vehicles, causing one to roll over in the yard of a home, as he sped away from police officers and then took off on foot early Sunday, authorities said.

The 28-year-old man was apprehended by police and cited for driving the wrong way down a one-way street, fleeing and eluding police and leaving the scene of an accident, police said in a media notification.

When police officers turned on their emergency lights and tried to pull the car over, the man sped away and turned onto North Cleveland Avenue toward North Avenue, hitting a Hyundai Tucson.

After slamming into a parked Honda vehicle, causing it to roll over in the yard of a residence, the SUV driver got out of his car and tried to run away before officers caught him in a foot chase.

The driver of the Hyundai, a 31-year-old man, was taken to Northwestern Memorial Hospital with injuries that were not life-threatening.