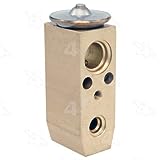 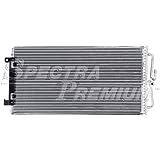 Rebels in Yemen seized the country’s largest missile base on a hilltop above the capital Sanaa on Wednesday, and posted guards outside the president’s home. Rebels in Yemen seized the country’s largest missile base on a hilltop above the capital Sanaa on Wednesday, and posted guards outside the president’s home.

It came after the Shiite rebels, known as Houthis, shelled U.S.-backed President Abed Rabbo Mansour Hadi’s neighborhood Tuesday and swept into the presidential palace and looted its weapons depots. The president remained inside his house.

The military base, which houses ballistic missiles, overlooks the city, which the rebels captured in September. The rebels issued fresh demands Wednesday, asking for the post of vice president and several key government offices.

A lull settled over Sanaa on Wednesday after two days of fierce gunbattles, during which the rebels took over the TV building and the country’s official news agency and besieged the house of Prime Minister Khaled Bahah. Army commander Col. Saleh al-Jamalani, who leads the Presidential Protection Force, said rebels were staging a coup.

Two presidential advisers said Wednesday that the rebels are holding the president ‘captive’ at his home. Speaking to the Associated Press on condition of anonymity because they are not authorized to talk to media, they said Hadi “cannot leave his house” after the rebels removed his guards and deployed their own fighters at the premises.

One of the advisers said the situation has reached the “point of no return,” and that the military is in shambles while the country’s security apparatus has been “crippled”.

Reuters reported the Houthis had replaced the guards at the president’s home by early morning, but a few presidential guards were later allowed to take up positions.

Mohammed al-Bukhaiti, a member of the Houthi politburo, told Reuters: “President Hadi is still in his home. There is no problem, he can leave.” The rebels said Wednesday they had not toppled Hadi, the agency added.

A statement by Information Minister Nadia al-Sakkaf that Hadi’s residence had come under direct shell fire on Tuesday turned out to be incorrect. There was no damage visible on the grounds and residents said that the shells had in fact targeted the president’s guards.

The government was in delicate negotiation with the rebels when the latest violence began early Monday.

The rebels’ leader, Abdel-Malek al-Houthi, described the dramatic escalation in an address to the nation broadcast late Tuesday as a “revolutionary” move aimed at forcing Hadi to implement a U.N.-brokered deal that effectively grants the Houthis a bigger share of power.

Yemeni military officials said there was no resistance as the Houthis took the base. The rebels demanded that the commanders hand over control of the base to them, the officials said, speaking to the Associated Press on condition of anonymity because they were not authorized to talk to media.

In his speech, al-Houthi listed as his main demand the shakeup of a commission tasked with writing a review of a new, draft constitution to ensure bigger representation for his group. The draft has proposed a federation of six regions, something the Houthis reject.

The chaos in Sanaa prompted the U.N. Security Council to hold an emergency meeting Tuesday to condemn the violence and call for a lasting cease-fire. In a statement approved by all 15 members, the Council asserted that Hadi “is the legitimate authority” in Yemen.

Authorities in Aden, the regional capital of southern Yemen, closed the country’s second-largest airport Wednesday in protest at what local authorities described as Houthi “coup” against “national sovereignty.”

In Washington on Tuesday, the State Department said it is closely monitoring events in Sanaa, but no decision has been made on whether to close or evacuate the U.S. Embassy there.

The destabilization threatens U.S. efforts to work with Hadi in targeting the radical Sunni al-Qaeda in the Arabian Peninsula group that controls a portion of the country

The Houthis are believed to be allied with former president Ali Abdullah Saleh, who was ousted in 2012 after Arab Spring protests. The rebels have vowed to eradicate al-Qaeda, but are also hostile to the U.S. Their slogan is “Death to Israel. Death to America.”

Houthis also accuse Hadi of financing and harboring al-Qaeda militants. Hadi’s government says the Houthis use the accusation as an excuse to seize more territory.

Obama’s combative tone in State of the Union address