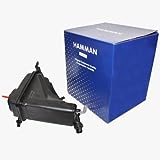 One Los Angeles police officer involved in the fatal shooting of Ezell Ford in South Los Angeles violated department policy, but the other was justified in firing his weapon, the city Police Commission decided Tuesday.


The decision came during a heated Police Commission meeting at which protesters sang and chanted, demanding action against two Los Angeles police officers and the police chief.


Mayor Eric Garcetti expressed mixed emotions during a press conference after the announcement by the Police Commission.


“My heart goes out to the Ford family for the loss of Ezell,”  he said. “We have a system that can work. Every life matters, but due process matters as well. Nobody is above the law. Everyone can make mistakes. “The system worked the way it was supposed to. We feel for the Ford family.”


Ford, 25, was fatally shot by police Aug. 11 near 65th Street and Broadway. Police said the officers approached Ford, who lunged at one of them and began grabbing for his weapon.


Police Chief Charlie Beck and the department’s independent watchdog, Inspector General Alex Bustamante, each concluded that the officers were justified in their actions, although Bustamante faulted the tactics used by one of the officers.


The Police Commission, which has the final say on whether the officers acted properly, met behind closed doors for more than three hours reviewing the investigations, and concluded that some of the officers’ actions were within department policy and some were not.

When it came to the actual shooting, the commission decided unanimously that one officer violated department policy, while the other did not, commission president Steve Soboroff said.


“This is a tragedy for all involved, the family, relatives, loved ones and friends of Mr. Ford, as well as the involved police officers,” Soboroff said. “To the Ford family, my fellow Police Commissioners and I extend our sincere sympathies for your profound loss.”


The commission did not specify which officer was found to have violated policy. The officers involved in the shooting were previously identified as Sharlton Wampler and Antonio Villegas.


Beck will now decide what discipline the one officer will face. Mayor Eric Garcetti is expected to make a statement about the commission’s decision late this afternoon.


The shooting sparked months of protests and calls by community activists for a swift and transparent investigation. Loud protests at Tuesday’s meeting led commission members to walk out of the room during the public hearing and comments period, which included statements from Ford’s mother and lasted nearly three hours.


At one point, people in the audience chanted, “Ezell Ford’s life matters!” Later, the crowd chanted, “They think it’s a game, they think it’s a joke.” The group later broke into chants of “No justice, no peace,” “Shame on you” and “Black lives, they matter.”


With the chants continuing and drowning out the meeting, the commissioners walked out of the room. Audience members were urged to calm down so the meeting could continue.

Protesters who camped out for two nights outside the mayor’s residence demanded that Tuesday’s commission discussion be in public and not in closed session.


The board, comprised of five civilian members, sets overall department policy. Each Tuesday meeting includes a public comment period during which participants can speak for up to two minutes.

Ford’s mother addressed the board before walking out of the meeting room.


“I’m begging you, please, please. My son would never grab for no gun,” said a sobbing Tritobia Ford. “He wanted to live. That’s all he wanted to do was live.


“He walked the streets. I didn’t want him to walk the streets around there because I know it was unsafe. That was his right. And he didn’t deserve  to die for it. And that’s all I have to say. Please, please, I have faith in  you yet.”


Ford said her son had been “stopped many times by police before and he lived.”


“The officers did the right thing,” she said. “These officers  did wrong. His history, Ezell has been stopped and he complies, he’s respectful. I taught my son to be respectful, all of my children. As well, I respect the police.”


One man stood before the commission and tossed handfuls of speaker cards, saying they represented people who had been killed by police. The man was later detained and removed from the hearing room.


One activist was arrested outside the building on suspicion of interfering with police. The individual refused to enter one of the meeting rooms set up in the building and was running in the hallway, according to police.


When asked to leave the building, he refused and was taken into custody, police said.