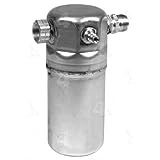 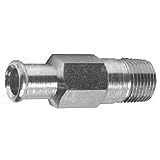 Headquartered in Detroit, General Motors Company (GM) is a global automotive player that designs, builds and sells trucks and cars. In addition, other fast-growing peripheral businesses include auto loan financing, leases, and aftermarket for spares and accessories.

GM’s second quarter earnings announcement is due July 21, and, going by consensus, it is expected to showcase a decent year-on-year rise in its earnings per share although its revenue could report a sluggish trend. During Q2 2015, GM posted adjusted earnings of $1.29 per share on a revenue of $38.18 billion. Its revenue during Q1 2016 was at $37.3 billion, with earnings of $1.24 per share.

General Motors has evolved since its 2009 bankruptcy filing and can now boast strong financials, comfortable sales, and adequate cash flows. During the FY 2015, the company reported a revenue loss of about 2%; however, its net income and earnings per share swelled by 145.32% and 258.18%, respectively. Here’s a look at the company’s position in the automotive market and how it is continually adapting and setting trends, as an innovative player in a bid to combat the industry disruptions that are underway.

According to the latest figures for the month of June, 2016 in the U.S., General Motors was the market leader with a 16.9% share, followed closely by Ford at 15.8%. Toyota and Chrysler shared the third spot with 13.1% market share each while Nissan and Honda followed with a market share of 9.3% and 9.2%, respectively. The other brands in the top 10 – Hyundai, Kia, Subaru and BMW –reported a market share of less than 5%.

“GM has gained retail market share in 13 of the past 14 months, dating to April 2015.” During the first six months of 2016 in the U.S., GM retail sales moved up by 1% while its retail share is up 0.4%; this, according to reports, is “the largest retail share gain of any full-line automaker and more than double the industry’s average over that timeframe.”

In March 2016, GM announced its strategy for the next five years to fuel growth momentum in China. The company plans to roll out more than 60 new and refreshed models in China, with an emphasis on SUVs, MPVs and luxury vehicle segments. The strategy calls for a mix of products, focus on personal mobility and use of greener technology.

During the first half of 2016, GM and its joint ventures set a sales record in China, with 1,810,476 units; 5.3% higher than in the first half of 2015. Out of which, 273,563 units were delivered in the month of June alone with Buick, Cadillac and Baojun brands experiencing their “best June ever.”

GM believes that the future of personal mobility will be shaped by autonomous vehicles, ride-sharing and connectivity. Thus, it is repositioning itself to tap the opportunity. In January this year, General Motors and Lyft announced “a long-term strategic alliance to create an integrated network of on-demand autonomous vehicles in the U.S.”

This involves a $500 million investment by GM in Lyft to boost its ride-sharing service. The partnership would expose the customers of Lyft to GM’s portfolio of cars and services, giving it access to a broader clientele and diverse locations than what GM has catered to over the years.

In March, GM acquiredCruise Automation to fast-track its development of autonomous vehicle technology. Its journey in autonomous vehicles will start with the launch of “Super Cruise” technology in 2017, on the Cadillac CT6. Super Cruise is a highway compatible driving automation technology, which will to provide a hands-free driving experience and is even designed for “stop-and-go traffic.”

This year, GM announced its personal mobility brand called Maven, which is a car sharing service and brings together the company’s multiple brands under one label.

In the electric vehicle segment, the production of much-awaited new Chevrolet Bolt EV is set to begin by October, according per reports. This all-electric vehicle will be available for a price around $30,000, after government incentives.

GM has been exploring opportunities outside its core business. One such area is its in-house customer financing arm. As a result of a series of collaborations, starting with AmeriCredit in 2010, followed by 45% stake in SAIC-GMAC Automotive Finance Company Limited in China, lease provider agreement with Buick-GMC dealers and like, have made GM Financial a significant revenue generator.

As per GM’s annual report, “In 2015, GMF financed 30% of our North American retail sales, triple what it financed in 2014. Our goal is to continue this rapid growth and to more than double GMF’s earnings between 2014 and 2018.” It has operations in the U.S., Canada, Europe, Latin America, Europe and China.

GM also explored the market for spare parts, accessories and components for motor vehicles. This is a business with strong margins and the company has grown its after-sales services significantly, even though the number of new vehicles on the road have not risen in sync. Now as GM’s vehicle population rises, more and more customers would be added to the aftermarket, pushing growth in revenue and profits.

General Motors is looking to clip unnecessary costs and enhance its efficiency. The company is working to make each segment of its business as the “industry’s best,” including the cost angle, which will help GM save billions. Till the release of its annual report in April 2016, GM had “identified about $5.5 billion in efficiencies.” In 2015, it realized more than $2 billion of these savings and the rest will be achieved through 2018.

The company reintroduced a dividend payout in 2014 after a gap of six years, reflecting its recovery from the bankruptcy and recessionary shocks. GM has been a regular with its dividend on a quarterly basis since its relaunch. In 2015, General Motors declared dividends worth $2.2 billion and returned $3.5 billion through its common stock repurchase program. GM announced a repurchase program up to $5 billion in March 2015 (up to end 2016), which has been extended by another $4 billion through 2017. Starting from Q1 2015 till Q1 2016, GM has bought back 112 million shares worth 3.8 billion.

The shares of General Motors are down by 7.59% year-to-date, with a 52 week high/low of $36.88/$24.62. GM has been showing strength in multiple areas, although the same has not fully reflected on its share prices. Its emerging financial strength, dividend payout (yield of 4.86%), expansion and innovation, together with adoption and investment in technology, makes General Motors a proactive value-stock vis-à-vis its peers. In the words of Mary T. Barra, “What makes General Motors a compelling investment for the future is not only our performance today, but our vision for transforming transportation.”