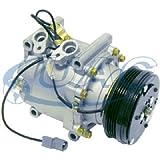 A row of new Ford Fusions is seen in this 2013 file photo(Photo: Keith Srakocic, AP)

NEW YORK — Even as the U.S. auto industry basks in the glow of 2015’s record year in the showroom, several looming threats pose risks to the industry’s momentum.

Here are five key warning signs, gleaned from discussions Tuesday at the J.D. Power Automotive Forum on the eve of the New York International Auto Show.

• Subprime is rising. The rates on subprime loans — which are higher risk because of the buyer’s weaker credit history — will hit 17.5% in 2016, according to J.D. Power. That’s the highest rate since it was 19.6% in 2007. To be sure, the auto industry is much more cognizant of the risks of subprime loans than it was before the Great Recession.

But John Humphrey, senior vice president of global automotive for J.D. Power, cautioned that automakers must avoid the perilous path of chasing volume and market share with easy credit and heavier incentives.

“The industry has to be disciplined in the upcoming period of slower growth,” he said.

• Millennials don’t care as much about cars. Amid the rise of ride-sharing apps such as Uber and Lyft, young adults are less likely than ever to drive.

BMW North America CEO Ludwig Willisch told the J.D. Automotive Forum that Millennials remain an extremely important part of his brand’s future. But auto executives are highly aware of the threat ride-sharing, autonomous vehicles could one day pose to their business models.

• Fleet sales are up. Growth in fleet sales has outpaced retail sales in nine of the last 12 months, Humphrey said. Since fleet sales — which go to rental car companies, commercial customers and governments — are less profitable, increases have historically been viewed as a strategy to gain volume. But the profit compromise poses a risk to the industry’s bottom line if it continues.

• Loan lengths are growing. With average transaction prices at an all-time high, Americans are taking out longer loans. In fact, 72-month loans now represent 34% of sales, rising for a sixth consecutive year.

Yes, longer loans may partially reflect the fact that buyers are keeping their vehicles longer than ever. But longer loans also weigh on consumers’ financial health and make it less likely that they’ll buy new vehicles until their loans expire.