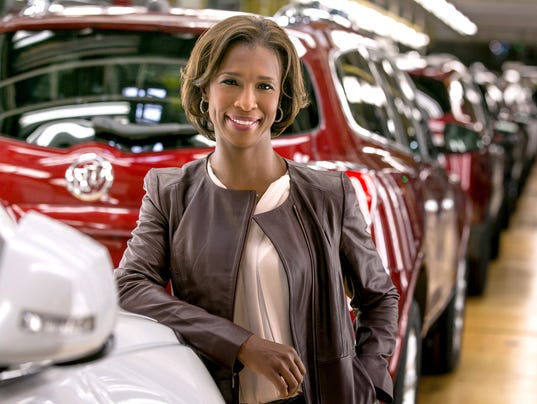 Mary Barra is the tip of the iceberg. The first woman to be chairman and CEO of a global automaker, Barra is part of a generation of women leaders reshaping General Motors from the plant floor to the C-suite, jobs historically denied to them in the male-dominated auto industry.

It’s a far cry from the culture at the old GM, where many of today’s leaders began their careers with the automaker, says Maryann Keller, longtime student of GM and principal at analyst Maryann Keller & Associates.

“You never saw a female face, except for executive assistants,” Keller said.  “What women executives did exist were relegated to areas like safety and human resources. Far from the mainstream of the company. ”

“It started quietly,” said GM global manufacturing boss Alicia Boler Davis. “In 2007, I was the first African-American woman to run a GM assembly plant, and it was no big deal. It didn’t feel like something odd. … I’d had the (right) assignments and experiences. I had demonstrated my ability to get things done, work with a team and work with the union.”

“Plant manager” is a particularly telling job. Barra took over GM’s sprawling Detroit-Hamtramck assembly plant in 2003, one of the first of her generation to rise to that level. Running a vehicle assembly plant is the core of what automakers do: the last line of defense for quality, customer satisfaction and profit. Women now run six of GM’s 17 North American assembly plants. The two executives all GM plant managers report to are also women: manufacturing manager Kathleen Dilworth and vice president of North American manufacturing and labor relations Cathy Clegg.

“There’s no doubt GM is the leader” when it comes to women’s opportunity to reach leadership positions, said Mary Beth Vander Schaaf, managing editor of Automotive News. Vander Schaaf edits a list of the top 100 women in the North American auto industry that Automotive News has run every five years since 2000.

“We really started to notice the increase since 2010,” she said. “All of a sudden, there were so many female plant managers at GM… Now the presence of women in leadership positions has become an important part of GM culture.”

Another key moment came during development of the Lambda family of crossover SUVs. The program created the first generation of the Buick Enclave, Chevrolet Traverse and GMC Acadia, popular and profitable vehicles that have been mainstays of GM’s business for nearly a decade. 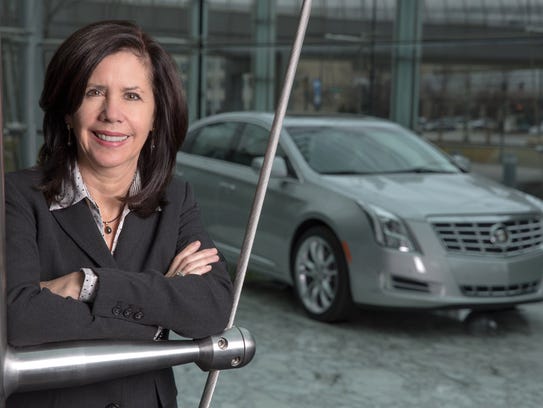 Grace Lieblein was chief engineer of the Lambda program. She retired from GM in 2015, after a 37-year career with the company that began as a young co-op worker when she was studying engineering at the General Motors Institute, now Kettering University in Flint.

“I don’t think there was a concerted effort across the company,” to promote women, she said. “There were individual leaders who had vision, and it became pervasive throughout the organization.

“One of the first people I saw do it was Tom Davis,” chief of GM’s small car engineering group in the 1980s, Lieblein said. “He put energy and time into developing diverse candidates for jobs before diversity was even talked about it. He made sure diverse candidates were considered for promotion. He had a vision.”

Later, Jim Queen, GM’s global engineering director, nudged Lieblein along. “He’d tell me, ‘Take this assignment,’ and then he’d support me in it. He was a huge proponent of diversity.”

Women in senior positions at GM nearly universally talk about accepting challenges, and the superiors who supported them.

“Go beyond your comfort zone and the best experiences happen,” said Anita Burke, engineering chief of GM’s popular Chevrolet Colorado and GMC Canyon midsize pickups.  “In the late ’90s, a chief engineer pulled me into his office. It was like being called to the principal’s office. I thought, ‘What’d I do?’ He asked me what I wanted to do. 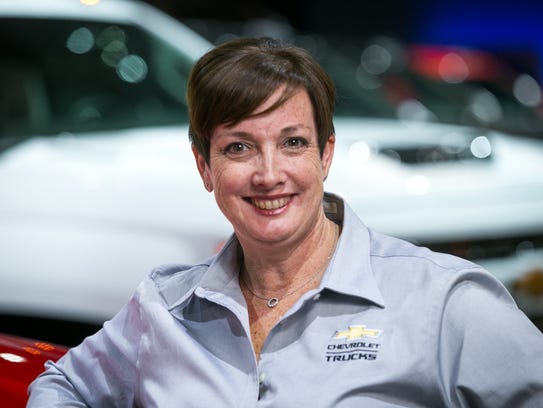 “It came out of my mouth before I knew what I was saying: ‘I want your job.'”

Davis had been with GM for a couple of years when she became fascinated by assembly plants’ complexity and challenges.

“I left the plant one day and I said, ‘You know what? I think I want to run this place.’ At the time, it wasn’t like I saw women doing it. I just felt like it could happen. I mentioned it to my manager, and he made some phone calls.

“No one said ‘We don’t have women running our manufacturing plants,’ even though at the time, we didn’t.”

Davis later became the first GM executive to simultaneously be a plant manager and chief engineer of a vehicle program. “I had to push myself… but I thought, If they’re asking me to do this, they must believe I can.”

That attitude has become so prevalent at GM that Julia Steyn didn’t think twice when GM hired her from a career in investment banking to lead the company’s move into car sharing as vice president of urban mobility and Maven.

“I saw a company that was well-positioned, global and had a management team that was ready to change things,” Steyn said. “The willingness to work and do things differently was really surprising to me.”

“We have to look at diversity in the broadest sense: The diversity of thought that we bring to the table is one of the things that strengthens GM.

“It’s something you constantly have to focus on, because a lot of it isn’t how we typically define diversity of gender or race. …  It’s more about our own biases. I’m an engineer, so I work in a certain way. I like people who work the way I do. But what I should do is look at the end result. It doesn’t matter if they do it the way I do it, in fact we may benefit from having diverse points of view and diverse ways of working.

“That’s what we try to drive into the company: Don’t always pick people like you. You‘re going to get better results if you have people who have different experiences than you.”

Analyst Keller puts a finer point on it: “One of GM’s biggest problems used to be that people rose by currying favor with their bosses, not talent. Somewhere along the line that changed. The culture is finally saying ‘Let the best person do the job.’”