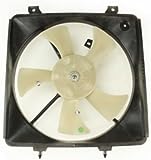 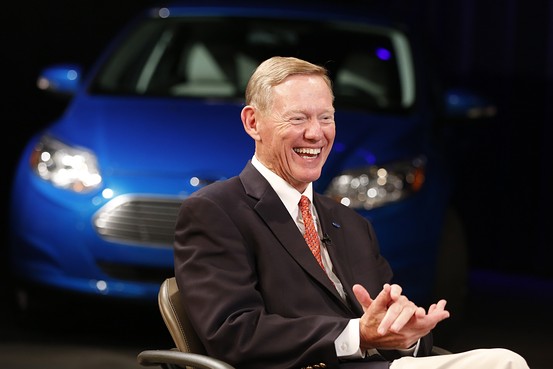 top job last winter, has joined the board of another tech giant: Google Inc.

Mr. Mulally, who retired as Ford’s CEO on July 1, became the 11th member of Google’s board on July 9 and adds a dose of independence to a group that has added just one other new member since 2005. Mr. Mulally will serve on the board’s audit committee.

executive, brings to Google expertise in both the auto and aviation industries as the search giant expands into self-driving cars, information and entertainment systems for cars and delivering Internet access from drones and satellites.

Google courted Mr. Mulally for several months, according to one person familiar with their discussions. The person said Mr. Mulally told an acquaintance in late 2012 that Microsoft and Google were the only companies he would be interested in leading after retiring from Ford.

became interested in getting to know Mr. Mulally after he read the book “American Icon,” which chronicles the former Ford chief’s efforts to turn around the struggling auto maker, according to a different person familiar with the matter.

Since then, the two executives have had several conversations on leadership as Mr. Page pushes Google to remain innovative as it grows, the second person said.

“As Google’s car project progresses, the company needs a mixture of their existing culture of moving quickly and disrupting things and a more incremental approach to address safety and other challenges faced in the auto industry,” said

a consultant in intelligent transportation systems and former executive at

and Motorola Inc. “Alan will help with that.”

Google has had a somewhat tense relationship with the auto industry since its self-driving car project began about five years ago. Google is developing a fully autonomous car and has largely brushed aside concerns about liability if and when such vehicles are released onto public roads to carry individuals.

In contrast, most auto makers have added autonomous driving features to their new cars incrementally amid concerns about liability risks.

Google is also trying to get a new version of its Android mobile operating system into existing cars, to become the hub for navigation, communication and entertainment features while people drive. Ford is among more than 20 auto makers and brands that are planning new cars with Android Auto built in.

The search giant’s aviation efforts have only recently begun. In April, the company bought solar-powered drone maker Titan Aerospace for an undisclosed amount and in June agreed to buy satellite imaging startup Skybox Imaging Inc. for $500 million. The hope is that both companies will help it collect images of the Earth’s surface, while delivering Internet access more widely. The Wall Street Journal reported in June that Google is planning to spend more than $1 billion to extend Internet access to unwired regions of the earth.

Write to Rolfe Winkler at rolfe.winkler@wsj.com, Alistair Barr at alistair.barr@wsj.com and Joann S. Lublin at joann.lublin@wsj.com