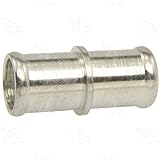 Paris — Watching the denouement of France’s worst terrorist attack in modern history from a Paris cafe has been a mighty test in cultural understanding, to say the least.

Imagine that if a similar attack happened in the US: if masked gunmen killed 12 people at a newspaper, the suspects escaped, and later sparked not one but two hostage situations. Watching the end of it would bring widespread relief among Americans – I imagine clapping, maybe even cheering.

Here, as I sit typing away, no one is paying attention.

As French security forces killed the two brothers suspected in the Charlie Hebdo attack who had taken refuge in a printing plant northeast of Paris on Friday, the news was drowned out by talk over coffee and tea. Not from indifference – the city has rallied strongly against the attack. But there is a sense, perhaps peculiarly French, that the greater blow was already struck at the magazine, and that while the attackers are dead, the situation is not over.

The Associated Press reports that the brothers came out firing late Friday afternoon, prompting the assault on the building in the industrial town of Dammartin-en-Goele, located near Charles de Gaulle airport. A hostage held by the suspects was rescued alive amid the gunfire and explosions.

Anti-terrorism forces launched a simultaneous raid on a kosher market in a historic neighborhood on the east side of Paris, where a gunman with alleged ties to the brothers was holding an indeterminate number of people. France 24 reports at least four people were killed including the gunman, while at least four hostages were freed.

Authorities said that gunman, a suspected associate of the two brothers, threatened to kill the hostages if the brothers were harmed. Identified as Amedy Coulibaly, he was the chief suspect in the killing of a policewoman in a southern suburb of Paris on Thursday.

‘This isn’t a relief’

As this all happened, the staff eventually turned off the music in this locale, in Republique plaza, where the #JeSuisCharlie march gathered thousands on Wednesday night, and turned up the volume on the television news. But people have been talking over it the entire time. I have been trying to find out why.

“For me this isn’t a relief, I think this is just the beginning,” one waiter said, striking a pessimistic but matter-of-fact tone.

A waitress, a friendly woman, didn’t have an answer. She thought perhaps it was because the real drama, for her at least, had already happened on Wednesday, when Charlie Hebdo magazine was attacked for its editorial decisions, striking a blow right in the heart of secular France.

It’s hard to relativize terror, if not impossible, especially on the heels of tragedy. But a French friend of mine, patiently responding to a journalist’s questions earlier this morning, said he thought that an attack that hits the symbol of freedom and democracy of a nation is more crushing than an act of random terror.

Our conversation turned out to be eerily prescient. Before our coffee was finished, a news alert on my phone showed that the two shooters had taken a hostage near the Charles de Gaulle airport. And within hours came the news that more hostages were taken.

Was the world coming to an end? In certain moments, he says, it has felt so surreal that yes, it does. But he still maintains that the more shocking tragedy already happened.

One may have disagreed, watching the 24-news-cycle. It kept me glued to my television screen for the better part of the morning, as I tried to keep pace with events happening in multiple areas at once. Spooked, when I finally got to the street, I found a city still operating relatively normally. As the drama was playing out, people seemed not as terrorized by events today – even though those events seemed to suggest a larger and more unpredictable threat.

“Wednesday is what unleashed it all,” says Matthieu Plessis, drinking a black coffee at the counter of yet another café before picking up his children up from school. “This is the next episode, like an aftershock.”

I told the waiter in the cafe at Republique that I imagine that if people were talking over the developments of such a major news story in the US, they might be yelled at by indignant clientele who wanted to hear what was being said. He says maybe that’s because the French are less optimistic. He says his own viewpoint, that this just marks the beginning, is typical of a French pessimism that worse things are always to come. Maybe that’s why people weren’t paying attention.

Mr. Plessis says that this event might serve to change things. “We are always moaning, we don’t have the same kind of American cohesion,” he says. “Maybe it’s a way of protecting ourselves. We keep a distance. But the reaction to the [Charlie Hebdo attack] could make a difference.”

The French might not be addicted to cable play-by-plays. He says he expects crowds on Sunday, called to pay tribute to the Charlie Hebdo editors, the free press, and the nation itself, could be a turning point. “The turnout will be huge.”

Michael Holtz contributed to this report.