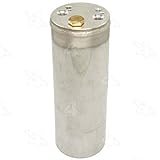 Cars are parked at the logistics park of German auto giant Volkswagen in Villers-Cotterets on Sept. 25, 2015.(Photo: AFP/Getty Images)

As the nation’s most closely watched auto show gets underway in Detroit, the challenge facing automakers isn’t just wowing consumers with shiny new models. It’s about winning back their trust.

The North American International Auto Show, opening Monday, represents a chance for the auto industry to explain how it will deal with a series of scandals — from Volkswagen’s diesel emissions lies and General Motors’ deadly ignition-switch debacle to industry supplier Takata’s failure to fix exploding air bags. Although skepticism about the honesty of auto dealers is nothing new, now consumers are shifting their gaze to the top of the industry for truth about whether cars are safe and clean.

“In one horrific scandal after another, multiple car companies have promoted sales over safety,” said Stanford University law professor Nora Freeman Engstrom, who specializes in corporate liability and ethics. “We’ve seen this tremendous willingness to dupe regulators and play fast and loose with legal obligations.”

In November, consumer perception of auto companies dipped to its lowest point in the three years since market-research firm YouGov began tracking the figures daily.

The scandals have triggered fines, fresh regulatory oversight, lawsuits and criminal probes — everything but a long-lasting sales slump. But over time, sales could be undermined by the Millennial generation’s refusal to buy products from corporations that it holds accountable for ethical lapses. “As they become a larger portion of the market, car companies are going to be held accountable and their sales are going to be affected by whether people view them as ethical or not,” says University of Michigan business professor Erik Gordon.

The inevitable arrival of competitors such as Apple and Google may also cause traditional automakers to rethink their business practices. Plus,  the industry may face tougher and more costly regulation as a result of transgressions..

Some consumers are already taking honesty into account. Jeff Selby from Elmira, Ontario, in Canada, traded in his diesel-powered Volkswagen Jetta TDI in November for a Ford Escape after becoming disheartened at the “clear deception” of VW’s past ad campaigns that portrayed the fuel-saving engines as good for the environment.

“We were furious over the fact that we were lied to by Volkswagen,” he said. “We bought the vehicles because we wanted to reduce the carbon footprint on the planet.”

Selby also owns a Chevrolet Impala that had a faulty ignition switch recalled by GM. But he said he was satisfied with GM’s quick response after it was revealed in early 2014 that the company had allowed the defect to linger for more than a decade before providing a fix.

“If you do know there’s something wrong, come clean with it right away,” Selby said. “Volkswagen had been hiding it from Day One and they actually built software to conceal it. That’s outright dishonesty.”

So far, automakers are feeling scant sales pain: U.S. sales hit an all-time high of 17.5 million in 2015, and analysts believe 2016 could set another record. But Congress and regulators have taken notice.

In December, Congress voted to increase the power of the National Highway Traffic Safety Administration to fine automakers and provide oversight. NHTSA declined to comment, but Congress has been bipartisan in ripping the industry. Motorists in “the American public are not crash-test dummies and should not be treated as such,” Rep. Frank Pallone, D-N.J., said in October, adding that he believes there’s a “pervasive culture of corruption” in the auto industry.

Auto companies say they’ve taken steps to overhaul their safety processes and speed communication with regulators. GM, Takata, Fiat Chrysler, Toyota and BMW each accepted some form of independent monitor to oversee their overhauls. They say they going to clean up their acts. Fiat Chrysler, which failed to fix defects promptly, said in a statement that it is “intently focused on improving recall execution.” And Japan’s Takata said it is doing absolutely everything it can to expedite recall repairs.

Volkswagen, which declined to provide executives to comment, has apologized. It hired well-known compensation lawyer Kenneth Feinberg to sort through a mountain of civil cases against it and pledged a culture of transparency. Changes have included the ouster of CEO Martin Winterkorn and suspension of several top engineers. But the company has so far failed to propose an adequate fix to the 580,000 vehicles that were equipped with what is known as defeat-device software designed to trick EPA regulators.

“Change will only come about if we live this new openness from within,” Volkswagen CEO Matthias Müller, who will face the U.S. media at the Detroit auto show for the first time since the scandal broke, told reporters in December.

Up until now, openness wasn’t VW’s strong suit. U.S. prosecutors said in a lawsuit against Volkswagen this month that the company “impeded and obstructed” the government investigation even after the Environmental Protection Agency exposed the scandal on Sept. 18.

In addition to paying fines, compensating owners and subsidizing dealers, Volkswagen must launch a new branding campaign and invest in advanced, environmentally friendly vehicles to restore trust with its fan base, said Peter De Lorenzo, a former auto marketing executive and editor of Autoextremist.com.

“They have to establish: What is Volkswagen going to be in the U.S. market? I think they’re going to double down on technology,” De Lorenzo said.