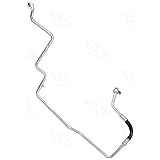 Visitors look at a car on display at the Chevrolet booth at the 16th Shanghai International Automobile Industry Exhibition in Shanghai, China(Photo: HOW HWEE YOUNG, EPA)

Sales of General Motors and its joint venture partners in China rose 16.9% to 295,282 in May from a year earlier, led by Buick, Cadillac and Baojun brands.

Baojun is the brand created in 2010 to offer lower-priced vehicles especially in China’s second and third-tier cities where car ownership rates are below the levels in cities such as Shanghai, Beijing, Guangzhou and Chongqing. Baojun deliveries rose 80% from May 2015 to 43,515 vehicles, most of which were the 730 MPV and the 560 SUV.

Sales of Wuling, the brand of GM’s commercial vehicles in China, slipped 5% from a year earlier.