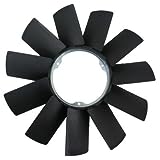 Long lines of cars wait to cross into the United States from Mexico at the San Ysidro border crossing(Photo: LENNY IGNELZI, Associated Press)


The automotive industry is making it clear that it is strongly opposed to any proposal to adopt a border adjustment tax, saying it would raise the cost of cars and hurt both the industry and customers.

The industry, which has been careful to mostly praise the “pro-business” policies favored by the Trump administration, wants to make sure the administration and Congress know it is strongly opposed to a tax on imports.

“Tax reform should not be financed by an increase in border taxes and goods, taxes that will drive up the prices of trucks and cars sold in the USA,” Mark Scarpelli, chairman of the National Automobile Dealers Association, said at the 2017 Automotive Forum last week. . “That is not a good equation.”

Scarpelli urged dealers to talk to lawmakers to oppose the idea even though no specific legislation has been introduced.

“We need to make sure that Washington fully understands the potential for this tax to pose a serious threat to vehicle affordability,” Scarpelli said.

Scarpelli wasn’t alone. The leaders of two lobbying groups, a highly-ranking Wall Street analyst and a top industry executive also warned that a border adjustment tax would cause the cost of new cars and trucks to increase by as much as $3,000 and could cause U.S. auto sales to drop by as much as 2 million units per year.

Some in the automotive industry have begun to believe that the border adjustment tax has already lost substantial support and is never going to make it through Congress. Trump appears to now be following a more business-friendly agenda, driven by the influence of his son-in-law Jared Kushner,and is moving away from a nationalist agenda driven by Steve Bannon, his chief strategist.

But John Bozzella, CEO of Global Automakers, another automotive lobbying group, said it’s dangerous for the industry to become complacent.

“I come from the school of politics that it’s never dead until it’s actually dead,” Bozzella said. “Look, this is a proposal that raises taxes to cut taxes. And it raises taxes on every single car that every single dealer in this room sells.

“This raising taxes to lower taxes just should not be done.”

Trump hasn’t specifically endorsed the border adjustment tax but has talked frequently about imposing a 20% or 30% tariff on goods from Mexico — an idea that is different than the more comprehensive border adjustment tax. On Wednesday  Trump said he doesn’t like the term but does like a similar idea.

“I don’t like the word ‘adjustment’, because our country gets taken advantage of, to use a nice term, by every other country in the world,” Trump told Fox Business News. “Adjustment means we lose. We lose.”

Trump made “America first,” and manufacturing jobs a centerpiece of his presidential campaign. Since he was elected, Trump has met multiple times with the CEOs in the automotive industry. He also has taken credit for a number of jobs and plant investments even though most of them were planned months, if not years, ago.

The United Auto Workers union has even found itself in alignment with Trump’s desire to overhaul the North American Free Trade Agreement and has said it is considering a “Buy American” automotive campaign.

“We think that’s intriguing. And part of it is because we are a big exporter,” Fields said at the New York International Auto Show on Wednesday.

“If you look at (the border adjustment tax) in its current iteration — and I am sure it is going to change a lot …it’s probably neutral to positive for us,” Fields said.

For many, NAFTA has become the embodiment of a free trade agreement that caused manufacturing job losses while the automotive industry is booming in Mexico. But experts say more manufacturing jobs have been lost to automation and to China than to Mexico.

“The fact is, NAFTA has been a success story for the industry,” Bozzella said. “And as we look to modernize NAFTA … let’s make sure that we continue to recognize that agreement has made this market an absolute powerhouse.”

Toyota Senior Vice President Bob Carter said that even cars assembled in America would be impacted by a border adjustment tax.

Carter said 75% of the parts on the Toyota Camry, which is built in Georgetown, Ky., are from the U.S., making the Camry the most American-made car according to an annual study conducted by Cars.com.

“But 25% of them come from an international supply chain,” Carter said. “And keep in mind that’s the best, most U.S. car. It takes time to have that supply chain adjusted. I think Congress is starting to understand that.”

Carter said industry studies have shown that the border adjustment tax would increase the cost of a car by $2,000 or $3,000. That would force manufacturers to either raise prices or would cut into profit margins or some combination of both.

Higher prices also could cause vehicle sales to fall by 1 million to 2 million, he said.

“So please, please keep the heat on your congressmen and senator,” Carter told the dealers in the audience.