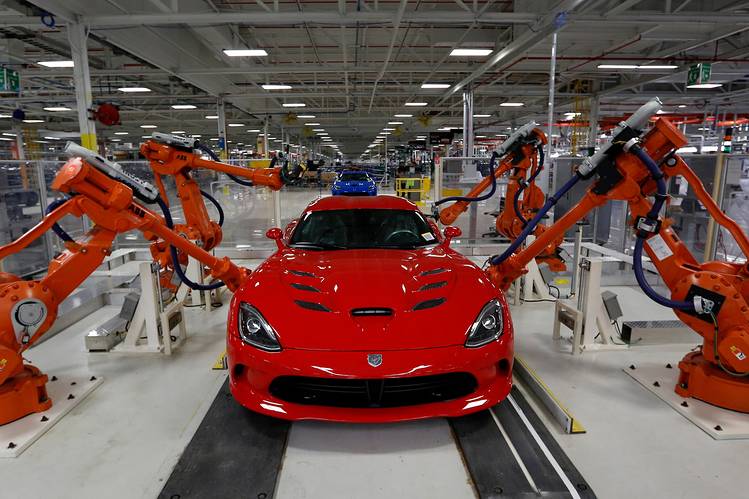 Cheap financing and a spate of Memorial Day promotions led to another strong month for U.S. auto sales in May, running at a annualize pace to achieve the highest volume since 2001.

May’s seasonally adjusted annual sales rate, or SAAR, was 17.8 million vehicles, the highest recorded since July 2005, according to researcher Autodata Corp. Absolute sales growth was up a modest 1.6% over last year because there was one less selling day than in May 2014.


NV said its U.S. sales rose 4%, its best May sales gain in a decade, mostly from higher Jeep sales. Ford also did better than expected, but with supplies still tight for its top-selling F-150 pickup truck, its overall U.S. sales were down 1% last month.


, which recently has struggledin the U.S., posted a 9% sales gain including deliveries of its Audi luxury cars.


, whose U.S. lineup is heavy on small cars and sedans, slid 8% as more customers shifted to buying large trucks and SUVs.

“It may turn out that Memorial Day promotions worked better than anticipated,” said Michelle Krebs, a senior analyst for car-shopping firm AutoTrader. “Even though overall incentive spending by auto makers was relatively flat, the sales promotions were loud.”

The selling pace indicates auto demand is at its strongest level in 2015 ahead of the traditionally hot summer selling season—and just ahead of union wage negotiations for the Detroit Three auto makers.

The United Auto Workers union, which represents about 140,000 GM, Ford and Fiat Chrysler employees, soon will begin negotiating a new contract. After years of being barred from striking GM and Fiat Chrysler as a condition of government-sponsored bailouts, the UAW this year is no longer subject to that restriction leading local officials to draw up strike plans and encourage members to sock away money in case there is a work stoppage.

Higher selling prices on Ford’s new F-series truck helped drive the Dearborn, Mich., company’s average transaction price up $2,300 a vehicle in May compared with last year. Ford said on Tuesday it would boost production on its trucks and SUVs through the summer at six assembly plants by shortening the normal seasonal shutdown from two weeks to one.

‘We don’t see any reason for this to end.’

Fiat Chrysler is benefiting from higher Jeep sales, up 13% in May, and GM’s truck and SUV sales are driving most of the company’s retail growth for the month. Sales of its Silverado pickup were up 10% last month, while demand for its midsize Colorado pickup is outpacing GM’s ability to build them, despite adding another shift to its plant in March, the company said.

Car pricing firm Kelley Blue Book estimates transaction prices for the industry grew 4.3% to $33,363 a vehicle in May compared with last year. The average new-vehicle loan term was 67.9 months in May, the highest ever, according to Edmunds.com, a car-shopping website.

“We don’t see any reason for this to end,” said Sid DeBoer, chairman of Lithia Motors Inc.,
LAD


a publicly traded dealership chain. “Interest rates would have to go up remarkably.”

Write to Christina Rogers at christina.rogers@wsj.com and Chelsey Dulaney at Chelsey.Dulaney@wsj.com