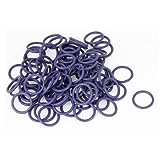 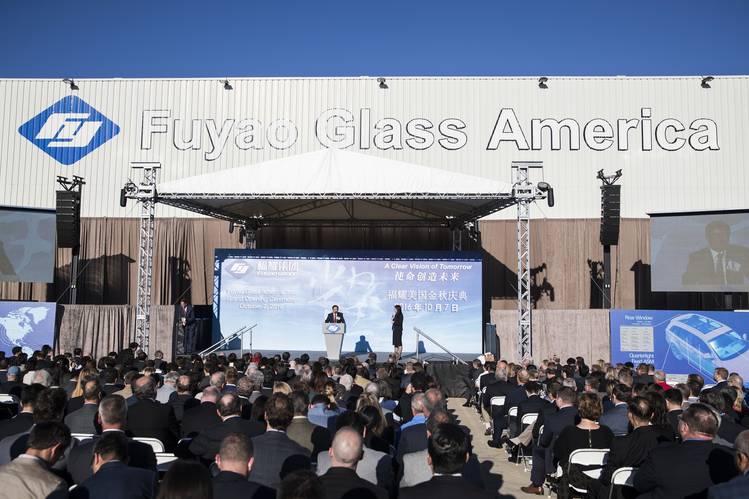 MORAINE, Ohio— Nathaniel Taste left a career helping manage a Wal-Mart store for an entry-level job with an auto-parts maker lured here by the booming U.S. car industry. His transition points to the new realities of auto-related manufacturing jobs in America.

Mr. Taste began by helping clean an abandoned sport-utility factory on the south side of town. His broom proved to be as useful fending off raccoons as it was sweeping floors. Today, he is a production supervisor, and workers like him who are accepting lower pay and benefits are core to a revival of production jobs in hard-hit Rust Belt communities.

“You had to have a mask to come into this place,” Mr. Taste said of his start at the company last December. His employer, Fuyao Glass Industry Group, is little known in Ohio or in U.S. car business; the 59-year-old bet his future on “something I couldn’t see.”

What China’s biggest auto-glass producer needs Mr. Taste and his co-workers to see is the future of the American auto industry. The jobs the onetime General Motors Co. plant offered—paying $70,000 annually and full pensions to assemble SUVs—were replaced by $12-an-hour entry wages and insurance coverage for most, but not all, health-care costs.

Fuyao has hired 2,000 people since it took ownership of the plant two years ago. Expected to eventually churn out enough windshields and auto glass to supply 25% of North American car and light-truck production, the factory is the centerpiece of a $1 billion U.S. investment Fuyao founder Cho Tak Wong plans to complete by the end of next year.

In an interview, Mr. Cho said he agreed to install U.S. capacity by 2016 after winning a major supply contract with GM. He hopes to expand his U.S. workforce to 3,000 over time. 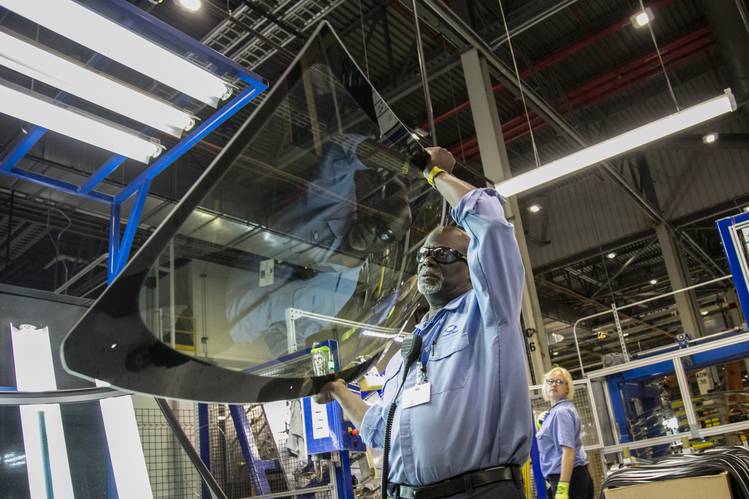 Moraine Mayor Elaine Allison said the town of about 6,300 is “just starting to see the benefits” of Fuyao’s investment. Main Street, for instance, was recently resurfaced with funds from the 2.5% income tax that workers pay.

“It has just been a blessing for us,” she said.

Fuyao is among a group of new companies adding jobs in a U.S. auto industry that looks far different from the one that collapsed during the financial crisis. Today, Tesla Motors Inc., China’s Yangfeng Automotive Trim Systems Co., Spain’s Gestamp and many others have built or refurbished factories.

Some of those companies, including Fuyao, filled a hole left by auto suppliers that went out of business and, in some cases, were snapped up by private-equity companies during the financial crisis. Fuyao’s opening in Moraine adds much needed auto-glass capacity in the U.S.

As a result, auto-production employment is nearly one million, its highest level since 2008—the same year GM closed the Moraine plant—according to the U.S. Bureau of Labor Statistics. Workers at these factories nationwide, however, make 3% less an hour on average than they were making eight years ago. 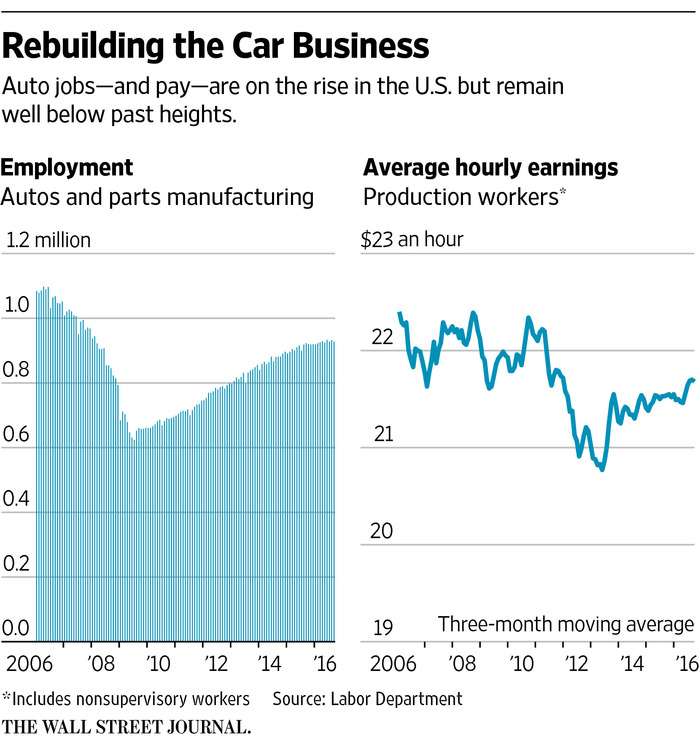 That is tough medicine for Moraine and nearby Dayton. Richard Stock, who is director of the Business Research Group at the University of Dayton, estimates that even though employment is up, paychecks are down. “We’ve lost around $120 [a person] a week,” he said, noting the region went from earning more than the national average to earning less in an eight-year span.

“Those jobs back in the day with GM aren’t around anymore,” Ms. Allison said. A commercial-lending officer who in a dual role has been involved in city government since the 1990s, the mayor said residents have adjusted to a “new reality.”

Mr. Stock notes that in addition to Fuyao, companies undertaking logistics or warehousing work have replaced the old guard. While it is tougher getting by on $14 or $15 an hour, he said, “the people who sneer at those jobs do not have any sympathy around here.”

‘We want willing hands who really want to dig in.’

Even at a lower wage, an American workforce is still pricey for a Chinese company that until recently was shipping automotive glass from China to a Honda Motor Co. assembly plant within a couple of hours of Ohio’s I-75 industrial corridor.

Fuyao’s products cost an auto maker between $100 and $200 to purchase.

To hold down costs, Fuyao is using lots of robots in the U.S. Employees are charged with finding new ways to replace human labor, though Mr. Gauthier said workers like Mr. Taste will always be needed in the glass business.

“We want willing hands who really want to dig in.” 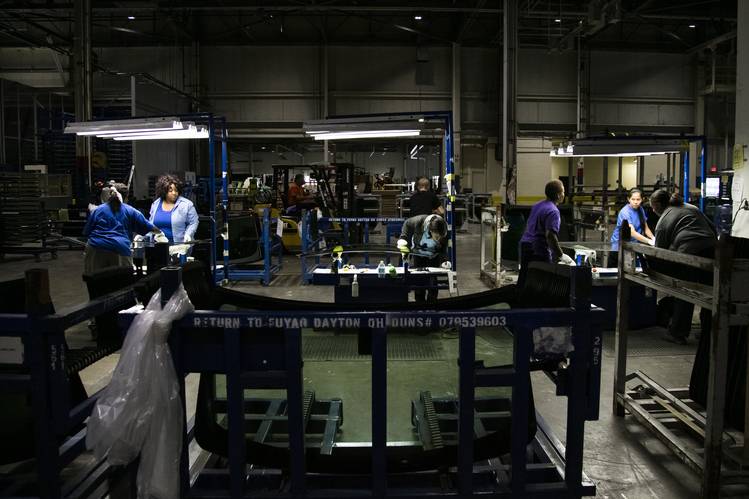 During his roughly 11 months on the job, Mr. Taste quickly climbed the ranks, turning a bottom-rung job into a supervisor’s role. His pay has risen by $6-an-hour since he joined, and he now earns more than he did he at Wal-Mart after 17 years of service. He is also looking forward to being able to spend Thanksgiving and Christmas holidays at home.

New workers who come in and complain about starting at the bottom get this advice from Mr. Taste: “I tell them ‘you’re not going to make more than $12 an hour anywhere sweeping. This is what you have to do until they get you to your work stations.’ ”