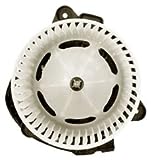 It’s a buyer’s market for cars and car stocks. Which one should you drive away in? Image source: Getty Images.

With the Dow Jones Industrial Average sitting north of 18,000, there’s been a lot of talk lately about how stocks are overpriced. At the same time, there’s one class of stock that is most definitely not looking expensive today — and it might even be worth buying.

Today, we’re going to look at two of the biggest, best-recognized car brands on the planet and see if we can figure out which of these two car stocks is the best to invest your money in: America’s own General Motors (NYSE:GM) or Toyota Motor Corporation (NYSE:TM) of Japan?

Let the battle begin, and may the best car stock win.

With well over $270 billion in annual sales, Toyota Motor Corporation today is far and away the world’s largest car company by sales. And with a 10% operating profit margin, Toyota is also one of the most profitable. Valued at $182 billion in market capitalization, Toyota stock is worth nearly as much as the next three biggest car companies combined.

Clearly, investors have chosen Toyota as “best of breed” and are willing to pay up to own it — but should they?

Well, let’s consider: Valued on its revenue, investors are paying less than one times sales for Toyota stock — 0.7 times sales to be precise. Valued on the profits Toyota earns on that revenue, investors are paying a 7.8 times multiple. That sounds pretty cheap — until you notice that analysts polled on S&P Global Market Intelligence predict that Toyota is close to the highwater mark on profitability and will grow profits at only 7% annually over the next five years.

Can an investor do better than that? Let’s find out.

Priced today at a market capitalization of $47 billion, but with $158 billion in trailing sales, General Motors sells for just 0.3 times sales — less than half the P/S valuation on Toyota. Profits-wise, well, General Motors isn’t anywhere near as profitable as Toyota. GM’s operating profit margin is less than 6%, and on lower revenue to boot.

On the other hand, General Motors’ lesser sales and lower profitability may be more than reflected in the stock’s price. Valued on its $12.4 billion in trailing earnings, General Motors stock sells for a P/E ratio of just 3.8 — less than half of what Toyota stock is valued at.

Let me say that again: Toyota earns 77% more profit than General Motors, but its stock is valued more than 100% more richly than GM. And to top it all off, General Motors is expected to grow its profits faster than Toyota over the next five years (a 15% annualized growth rate versus Toyota’s 7%), and it pays a richer dividend as well — a 4.9% dividend yield, versus Toyota’s 3.6%.

Which stock is the better buy?

Quality-wise, Toyota Motor’s business is bigger than GM’s, and more profitable. But as far as the stocks go, there’s really no contest, here. GM’s much cheaper valuation combined with its faster projected growth rate and richer dividend payout make this decision a no-brainer.

If you’re looking to invest in a car company and are choosing between General Motors stock and Toyota, GM wins the debate, hands down.