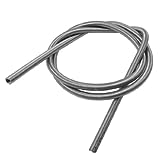 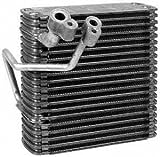 Ford told the UAW it would no longer produce the Focus and C-Max hybrid models at the Michigan Assembly plant after 2018.(Photo: SAUL LOEBSAUL LOEB/AFP/Getty Images)

Ford today confirmed it will move production of the next-generation Ford Focus and Ford C-Max from its Michigan Assembly Plant in 2018 and UAW officials say the work is going to Mexico.

The company’s decision lays down a gauntlet just days before contract talks are scheduled to begin. The UAW formally opens negotiations with GM on Monday, Fiat Chrysler Automobiles on Tuesday and Ford the following week.

The move also comes as a host of automakers, including Ford, are building new plants in Mexico instead of the U.S. and raises questions about what products could replace the Focus — a car that symbolized Ford’s transformation in 2011 from company dependent on truck sales to one that aimed at building better passenger cars.

Ford insists the plant, which employs 4,000, will not close. But spokeswoman Kristina Adamski would not provide details of the new products being planned for Michigan Assembly when the small cars cease production.

“We will move production of the next-generation Ford Focus and C-MAX, which currently are built at Michigan Assembly Plant, beginning in 2018,” the company said in a statement. “We actively are pursuing future vehicle alternatives to produce at Michigan Assembly and will discuss this issue with UAW leadership as part of the upcoming negotiations.”

The decision prompted an immediate response from UAW Vice President Jimmy Settles, who issued a statement on the UAW Ford Department’s Twitter account under the headline: “Message from UAW VP Jimmy Settles regarding Ford’s announcement to move Focus and C-MAX from MAP TO Mexico by 2018.”

“We are extremely confident that a new product commitment will be secured during the upcoming 2015 negotiations and that the Michigan Assembly Plant will maintain a full production schedule,” Settles said.

While the union said the small cars will be made in Mexico, Adamski did not confirm the location, saying only that the site choice will be based on where it can be produced most competitively. That does put Mexico at the forefront, given that it has lower wage costs than Canada or the U.S, even southern states.”

Increasingly, North America is being divided when it comes to manufacturing with larger and more expensive vehicles produced in the north and smaller less profitable vehicles assembled in Mexico and the southern states. Why Mexico is winning the auto jobs war

Of the vehicles built in North America last year, Mexico produced about one in five, or double the rate from 2004. WardsAuto, which tracks production data, expects the rate to increase to one in four by 2020 with new plants adding 1.2 million units of capacity in North America and Mexico getting the lion’s share. Virtually every automaker is adding capacity in Mexico, including General Motors, Ford, Toyota, Honda, Volkswagen, Audi, BMW, Kia and Mazda.

In 2014, automakers announced $18.25 billion in additional investments in North America. The breakdown: almost $10.5 billion for the U.S., $7 billion in new projects for Mexico, and a single $750-million project for Canada, according to the Center for Automotive Research in Ann Arbor.

Earlier this year, Ford announced it will spend $2.5 billion on new engine and transmission plants in Chihuahua and Guanajuato, in central Mexico, creating 3,800 jobs.

Back in 2011, Ford touted its $550 million investment in the aging plant in Wayne as a symbol of its global plan to put a bigger emphasis on making better passenger cars.

The 2.8 million square foot plant originally opened in 1957. For most of its history, Ford built big trucks and SUVs such as the Ford Bronco, F-150, Ford Expedition and Lincoln Navigator at the plant before it was idled in 2008 as the automaker’s sales were hurt by high gas prices and the worst recession in decades.

Ford celebrated the reopening of Michigan Assembly on March 17, 2011, during an event attended by Michigan Governor Rick Snyder, U.S. Senator Debbie Stabenow, D. Mich., and many others.

But this year, with low gasoline prices falling, the Focus and C-Max hybrid and C-Max Energi plug-in hybrid built at Michigan Assembly have seen sales fall.

That led to the decision in April to reduce production from three crews to only two shifts. There have been no layoffs; the excess workers are filling in for summer vacations at other plants, Adamski said.