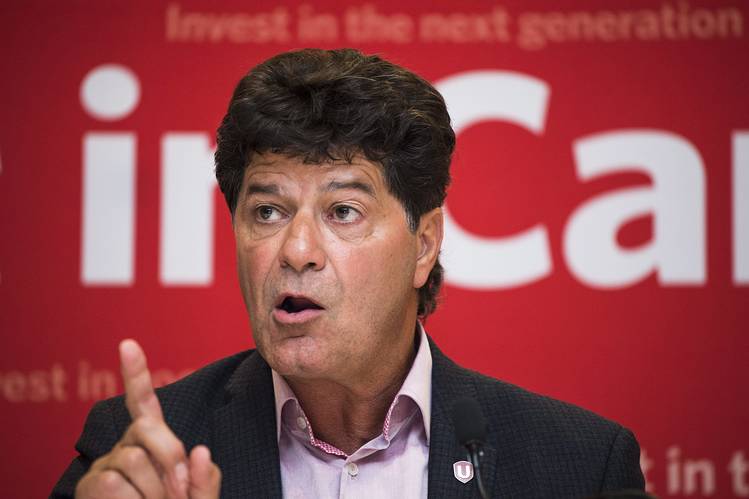 
Chrysler Automobiles NV next to negotiate a new four-year labor contract, aiming to win pay raises and factory investments similar to the ones secured earlier this week in a proposed agreement with General Motors Co.
GM


since August for the new labor deals that will help protect Canada’s auto manufacturing sector amid a surge in new factory investment flowing to Mexico, where labor costs are far cheaper.

Fiat Chrysler, employing 9,750 hourly workers in Canada, is one of the country’s largest auto makers with two large assembly plants in Ontario, producing high-profile models such as the Chrysler Pacifica minivan.

Separately, Unifor said it would hold a vote Sunday for factory workers at GM to ratify a new tentative deal reached Monday that secures “hundreds of millions of dollars” in new investment from the U.S. car maker and pledges to keep open a vehicle assembly plant in Oshawa, Ontario, beyond a potential 2019 closure.

In a statement, Unifor President Jerry Dias reiterated that securing new factory investment from Fiat Chrysler will take priority. “We have one simple message for all the Detroit auto makers: there will be no deal without commitments to new investments in Canada,” Mr. Dias said.

Analysts say this round of talks will be critical to preserving Canada’s auto manufacturing sector, which has been in decline since the late 1990s because of rising labor costs. Failure to secure new factory pledges from the Detroit car makers could precipitate the move of auto-parts suppliers out of the country.

Today, Canada is among the most expensive countries in the world to build cars and the highest-cost market for car assembly in the North American free trade zone.

Fiat Chrysler recently invested $2 billion to retool its factory in Windsor, Ontario, to build the next-generation minivan but the company’s plant in Brampton, Ontario, is in need of a costly new paint shop to secure its longevity. The company makes several large car models in Brampton, including the performance Dodge Challenger.

The U.S.-Italian auto maker is in the midst of a massive overhaul of its manufacturing facilities in North America, where it is phasing out production of low-margin cars to boost output of more profitable sport-utility vehicles and trucks.

The shuffle will include sending at least one U.S.-built Jeep model to Mexico, where Fiat Chrysler has two factories, and moving truck production from one aging plant in Michigan to a more recently upgraded facility.

Chief Executive Sergio Marchionne said earlier this month the onus will be on the union to make a business case for investing in Canada, after previous attempts to win government support became a political football during the 2014 election season.

A tough and seasoned negotiator, Mr. Marchionne is known for taking direct involvement in union negotiations. During Fiat Chrysler’s talks with the United Auto Workers union last year, he took a seat at the bargaining table and led negotiations, often working late nights to reach a deal.

Mr. Dias, for his part, has made clear that he is willing to take his workers on strike if new factory work can’t be secured.

The tentative agreement reached with GM gives blue-collar workers pay raises and converts roughly 700 temporary workers to full time. However, it also includes some retirement concessions. Specific details on the GM pact won’t be released until after union members have voted on the proposal Sunday.