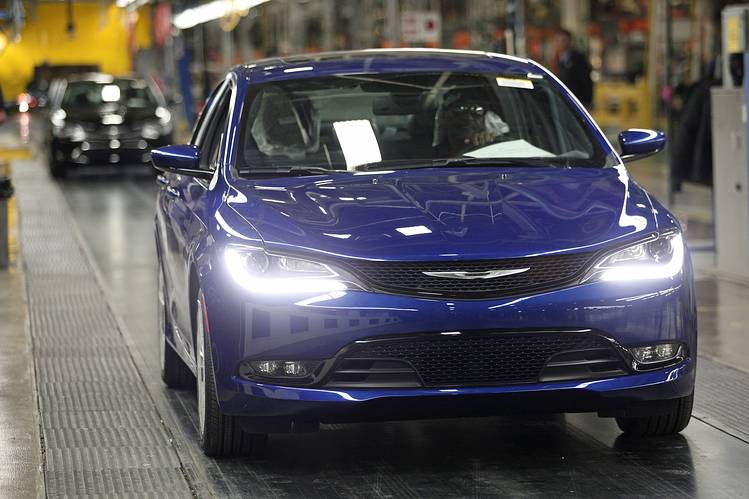 
, which had a decline in sales to rental fleets, was alone in reporting a decline as June volume fell 3% to 259,353 vehicles.

The strong start to the summer selling season is a welcome trend for an auto industry combating slowdowns in other parts of the world. While India and Western European volumes are solid, growth has slowed in China while other emerging markets—notably Brazil and Russia—are stuck in a tailspin.

American car buyers have long been among the most valued in the world by auto makers, as higher transaction prices and demand for bigger vehicles make sales more profitable. The high concentration of sales of trucks and SUVs amid lower gasoline prices, combined with better capacity utilization and tighter inventory controls, has made the U.S. market even more lucrative during the current boom.

Fuel prices are near their highest point in 2015 so far, but they are still 91 cents per gallon lower than a year ago, according to travel service AAA. The National Automobile Dealers Association expects that light trucks will make up 56% of U.S. sales in 2015, a sharp increase from what has been the norm over the past decade.

RBC Capital Markets estimated Wednesday that June’s seasonally adjusted annual selling rate hit 17.1 million units, which is slightly below initial estimates “but not meaningfully so.” TrueCar.com, which tracks a litany of selling data, estimates transaction prices increased 1% vs. June 2014, even with an uptick in sales incentives compared with the same period a year ago.

NADA raised its annual sales forecast to 17.2 million vehicles, representing what would be the second-best year for in the industry’s history behind 2000’s result. NADA, representing the interests of thousands of auto dealers, expects the good times to continue with a 2016 forecast of a record 17.6 million sales.

“This will be the longest period of sales growth since 1924,” said Steven Szakaly, the chief economist for the association. “Pent up demand is clearly there. We are seeing it right now. Every forecasters’ question is, ‘When does it run out?’”

“As long as economic conditions stay fairly sunny, this record sales rate could go on another three years at least” due to pent-up demand patterns, Dave Fish, a senior researcher with MaritzCX, said. The firm reports the average car on the road is 11.4 years old, several years older than the average during the 2008 auto-sales collapse; this creates a situation where buyers will be coming back to the market after an abnormally long delay in purchasing.

NADA’s Mr. Skakaly is less optimistic, saying the auto market will peak in 2016, but then fall off due to stagnant wage growth, higher interest rates and a flood of late-model used vehicles.

Among the most significant drivers of demand is the rush to subcompact crossover vehicles, such as Honda Motor Co.’s new HR-V. A wagon based on a small car architecture, the HR-V and several models like it are driving the overall crossover segment to a pace of 5 million sales in 2015 or, according to Wards, more than a quarter of the industry.

John Krafcik, president of TrueCar.com, says the growing popularity of small crossovers is coming at the expense of bread-and-butter midsize sedans and smaller cars, such as the Ford Focus (which is down 3% through the first six months of 2015). The rush to small crossovers, regarded as relatively efficient and more utility than traditional cars, is likely to remain intact regardless of fuel prices.

“Auto makers are providing crossovers with high-fuel efficiency and consumers are saying, ‘Yeah, I’ll take that,’ ” Mr. Krafcik said in an interview.

Write to Mike Ramsey at michael.ramsey@wsj.com and Chelsey Dulaney at Chelsey.Dulaney@wsj.com