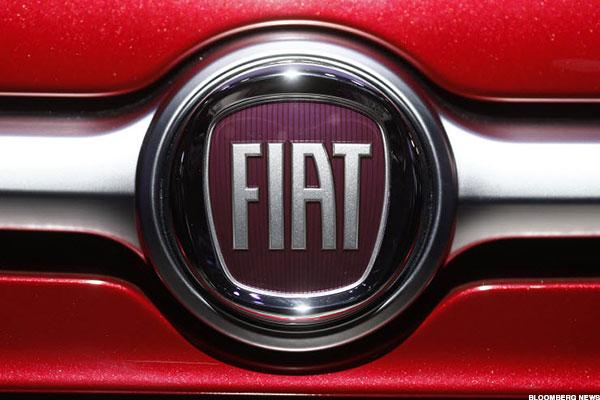 Fiat Chrysler (FCAU) CEO Sergio Marchionne is toning down his hot pursuit of a merger and paying more attention to growth.

The automaker has been trying to resolve its need for capital to meet rising government standards for fuel efficiency and emissions. At FCA’s annual shareholder meeting earlier this month in Amsterdam, he ruled out a hostile bid for General Motors (GM – Get Report) , while saying other merger candidates existed but declining to elaborate.

In the meantime, he said, FCA will focus and fine tune its $52 billion “growth plan” through 2018 to grow the Jeep, Alfa Romeo and Maserati brands worldwide.

Marchionne has confirmed the goals and direction of the plan, though he could alter some specifics next month when he meets the press in Detroit. Analysts and suppliers have speculated that FCA may delay some Alfa Romeo and Maserati new-model introductions while accelerating Jeep, which has grown rapidly. Jeep’s new Renegade small SUV has sold nearly 52,000 copies through its 11 eleven months in the U.S.

Besides pursuing GM, FCA has joined with Mazda to create a two-seat roadster but the project is too small generate savings that Marchionne is seeking. A discussion a few years earlier with Nissan (NSANY) to join forces in the full-size pickup truck business didn’t bear fruit. FCA’s biggest priority could be to find a partner for the development of expensive technologies such as advanced batteries and autonomous driving.

Marchionne had complained earlier in the year about the crushing inefficiency of individual automakers having to invest individually to meet safety, environmental and other standards while seeking a merger or other business combination with GM, which said it wasn’t interested.

“We are not choking. We are in relatively decent shape,” he told journalists, downplaying any urgency. Finding a partner is “not a matter of life or death.”

Last month, Fiat Chrysler sold a 10% stake in Ferrari for $893 million in an initial public offering, a tactic designed to increase the automaker’s efficiency in raising capital. Shareholders approved the de-merger of the racing car subsidiary. FCA common stock has risen 19.3% this year, compared with the S&P 500, which is flat. Ferrari shares have declined 13.5% since the IPO.

Earlier this week, the U.S. released a report detailing FCA’s purchase of emission credits from Toyota, Honda and Tesla, which help meet federal standards. Surplus credits amassed by automakers stem from the manufacture and sale of vehicles powered by batteries, natural gas or gas-electric systems.

FCA will next month display its next-generation minivan at the North American International Auto Show in Detroit. The new van, available later in 2016, will come with the option of a plug-in gas-electric hybrid powertrain, FCA’s first model with this type of alternate-fuel technology.

FCA sells a battery-powered Fiat 500e in small numbers in the U.S. Marchionne last year jokingly urged consumers to avoid it because he said the $33,000 model loses $14,000 on each one sold.

Nissan has invested extensively in pure EVs, powered by battery, exemplified by its Leaf. Toyota has successfully turned its Prius gas-electric hybrid into a mainstream model, and other automakers have alternate-fuel strategies as well.

FCA currently complies with federal fuel-efficiency standards, though it lags behind rival automakers with a fleet average of 20.8 miles per gallon for 2014. The industry’s average fuel economy rose in 2014 to 24.3 miles per gallon from the year before. The company, which is expected to improve fuel efficiency this year, said in a statement it continues “to invest in relevant and effective technologies.”

The industry is struggling to devise strategies that will allow it comply with federal fuel-efficiency standards, passed by the Obama administration, that will require a fleet average of 55 miles a gallon by 2025. Additionally, California and several other states will require a percentage of car fleets to be emission-free.