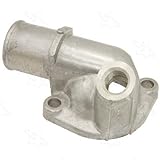 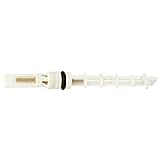 Chevrolet reveals a new version of the Camaro for the track(Photo: Steve Fecht, Chevrolet)

DETROIT — Because the Chevrolet Camaro ZL1 just wasn’t quite fast enough, General Motors decided to make it even more aerodynamic, lighter and faster.

The Camaro ZL1 1LE was revealed Friday at Daytona International Speedway, just before this weekend’s running of the Daytona 500.

According to Chevrolet, it is the “most track-capable Camaro  ever.”

The ZL1 1LE includes a racing-based suspension and aero technologies, as well as exclusive Goodyear Eagle F1 Supercar 3R summer-only tires that are all part of an “extreme track-performance package.

“The track-focused 1LE package offers progressive levels of performance across the Camaro lineup, from the V6 1LE to the SS 1LE,” Al Oppenheiser, Camaro’s chief engineer, said in a statement. “But with the new ZL1 1LE, the progression takes a quantum leap — this is the ultimate track-day Camaro.”

The 2018 Camaro ZL1 1LE goes on sale later this year. Pricing will be announced closer to that date.

To achieve that performance, GM added:

•New, lightweight forged aluminum wheels that are an inch wider but an inch smaller in diameter.

•An overall weight reduction of 60 pounds compared with the standard ZL1 Coupe.