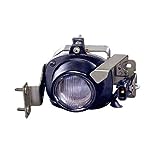 The program also features another new wrinkle for 2016: a slap on the wrist for any dealer found to have delivered new vehicles that are subject to an open safety recall, according to a copy of the guidelines obtained by Automotive News.

Under Chevy’s Standards for Excellence incentive program, dealers pay an upfront fee for the chance to receive a bonus for hitting certain sales and customer service targets. Most of the bonus money comes from selling at least one more vehicle in the quarter than they did a year earlier.

Bonuses are based on sales volume. For example, a store that sells 150 vehicles in a month, and posts a year-over-year increase of at least one vehicle, would be paid $12,000 under the program.

New for 2016: a built-in monthly stair-step program that will pay up to $1,000 for every Cruze, Malibu and Silverado to dealers who surpass a factory-set sales target by 20 percent or more. Dealers who hit 100 to 119 percent of their objectives get smaller per-vehicle bonuses. (All dealers must hit their year-over-year increase in overall sales to qualify for the stair-step bonuses.)

The bonuses are intended to motivate dealers to focus on those bread-and-butter nameplates at a time when crossovers practically sell themselves, says Brad Sowers, owner of Jim Butler Chevrolet in Fenton, Mo., and chairman of the Chevrolet National Dealer Council.

“It’s clear that the marketplace is driving toward” crossovers, such as the Equinox compact and the Trax subcompact, said Sowers, who discussed the program’s changes in general but wouldn’t confirm specific payout amounts.

The recently launched Malibu and the Cruze that goes on sale in the first quarter “are two very important launches for us,” Sowers said. “We’ve got to make a big impact on that car market and have every dealer paying attention to those.”

The total pot of money that Chevrolet has set aside for the Standards for Excellence program has not changed, Sowers said.

Also new for 2016 is a “recall compliance” element that will reduce bonus payments to dealers who sold unrepaired new vehicles that were subject to a recall. Deductions will be calculated based on the share of recalled vehicles delivered to overall sales. For example, a dealer who was found to have sold two recalled vehicles from a total of 100 for the month would lose 2 percent of the bonus.

Chevrolet has not finalized a successor to its other dealer incentive program, Essential Brand Elements, which expires this fall after seven years. It is also a monthly bonus system, intended primarily to defray the cost of dealership improvements.

Sowers said GM is committed to a revision of Essential Brand Elements that would continue to pay at current levels, but the details are being hashed out.