China passenger-vehicle sales tapped the brakes for a second consecutive month in July, registering a 6.6% year-over-year decline that heightens concern about price cuts and excess inventory in the world’s largest auto market. 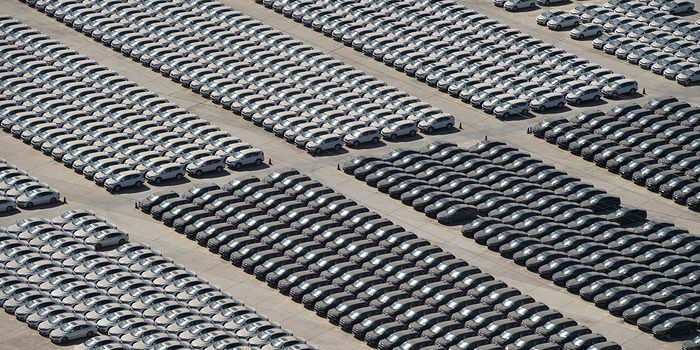 The bulk of cars sold in China are built locally, so the global auto industry could avoid material losses tied to Tuesday’s yuan devaluation by China’s central bank. Still, soft demand presents a hurdle for auto giants in North America, Europe and Asia that have come to depend on the Chinese market for a big chunk of their profit.


warned that a further softening in China could crimp the company’s outlook. General Motors Co.
GM

Long the fastest-growing major automobile market, China has stalled amid a slower economy, a government crackdown on corruption and curbs on car ownership as cities aim to reduce congestion and pollution.

Even as car markets in Europe and North America post strong growth, tough conditions in an array of emerging markets presents a sizable pothole for auto makers. Sales in Russia fell by more than a third in the first half, while Brazil light-vehicle sales are off 19%, according to researcher WardsAuto.com.

Many market participants remain optimistic concerning a rebound. At a conference in Michigan last week, a senior analyst with Beijing-based State Information Center said growth will return in coming months, buoyed by pent-up demand and a recovery of the stock market.

“The stock-market volatility has a bigger impact on car sales than the economic slowdown,” said Yale Zhang, head of Shanghai-based researcher Automotive Foresight. “Most people who piled into the stock market in the second quarter are also the target of car makers.”

Commenting on preliminary results in a note sent to investors on Friday, Credit Suisse
CS


auto analyst Dan Galves said the decline is actually a “decent result” relative to expectations, and said the softer environment may reflect moves by auto makers to address dealer inventory levels that have risen.

A recent survey of China’s more than 20,000 dealers by the China Automobile Dealers Association, a government-backed trade group, showed that at the end of June dealers on average had inventories equal to 1.68 months’ sales, virtually unchanged from 1.7 months in May and 1.67 months in April. In China, analysts regard 1.5 months’ of sales on lots as the “alert level” at which dealers should begin to be concerned about high inventory.

By contrast, dealers in more developed automotive markets can hold larger inventories mainly because they rely less on selling new cars to make money as a result of high margins in selling used cars, finance packages, service and insurance products.

Large numbers of unsold cars at Chinese dealerships sparked a new round of price cuts last month, increasing the likelihood that earnings from joint-venture operations will be clipped in the near term.


cut the price of two sport-utility vehicles in China by as much as 12% in response to rising competition from Chinese brands; Nissan Motor Co.
NSANY


last week unveiled a new Murano SUV with a smaller engine and a 34% lower price.


was an exception; its sales were up 24% due to strong gains in compact sedans.

As the world’s second-largest economy continues to sputter, China’s central bank on Tuesday devalued the country’s currency against the U.S. dollar by nearly 2%, its biggest one-day decline in more than two decades.

“If the move is limited to just a few percent, it will have a minimal impact, even for the American auto makers, who are most vulnerable,” said Janet Lewis, an analyst at Macquarie Securities.


and Volkswagen—all of which locally produce many of the cars they sell in China. Analysts said the three companies’ results also are largely hedged against exchange rates.

A 1.9% devaluation of the yuan, were it to last, would shave about €135 million ($149 million) off BMW’s earnings before interest and tax next year, said Evercore ISI analyst Arndt Ellinghorst, amounting to a 1.2% slice. It would cut EBIT at Volkswagen and Daimler by under 1% at each.

For Japanese car makers, the cost of Japanese-made parts might rise slightly, but since the devaluation also dragged down the yen against the dollar, the effects would be minimal.