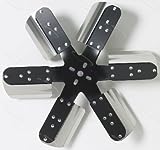 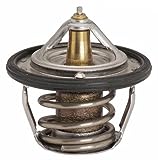 Ford’s been showing off its latest wares at the Beijing Auto Show this week, including an all-new Escort compact, as it touts its recent success in the world’s largest automobile market. Its sales there were up an astonishing 49 percent in 2013, and have risen another 45 percent so far this year.

But while it can’t seem to make enough cars and crossovers to meet demand, Ford doesn’t even try to sell its F-150 pickup in China, despite the fact that unofficial gray market importers sell some versions of the popular truck for upwards of $160,000.

Apparently sensing an opportunity in the market, a Chinese brand has stepped in to satisfy the demand for “Built Ford Tough” style at a tenth of the price, just $16,000, according to Car News China.

The Jiangsu Kawei K1, also on display at the auto show, features an admitted cribbing of the F-150’s design, including its distinctive headlight shape, wheel arches, bumper insert and tailgate, plus fender vents that are clearly inspired by the ones on the Raptor. Inside, it’s a slightly more original, but still manages to steal some of the flavor of the F-150’s cabin.

The situation is very different under the skin, however. The K1 is only available in two-wheel-drive and is powered by either a 140 hp gasoline or 105 hp diesel engine, both designed by Mitsubishi and mated to a 5-speed manual transmission. The K1s top speed is just 80 mph.

Over the past decade Chinese automakers have copied the designs of a wide array of vehicles from foreign brands, ranging from the tiny Smart Fortwo to the Hummer H1. Some more successful than others.

This isn’t even the first time an attempt has been made to hijack the F-150. At the 2012 Beijing show, JAC Motors unveiled the F-150-esque 4R3, which has yet to go into production. Instead, the company sells a near carbon copy of the Chevrolet Colorado.

As for the K1, a Ford spokesman tells FoxNews.com “we are aware of the Jiangsu Kawei pickup. The F-150’s iconic and famous Built Ford Tough design is an established and important element of Ford’s F-Series, America’s best-selling trucks for 37 years and best-selling vehicles for 32 years.  Ford’s legal counsel is investigating how best to address the matter.”