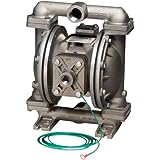 As the list of available automotive tech features gets longer, consumer interest in such features has reflected advancements, a new survey shows.

The 2016 Nielsen AutoTECHCAST report, released today, found that U.S. consumers are most interested in technology aimed toward safety, followed by connectivity, comfort and convenience, driver assistance and fuel efficiency.

Blind-spot detection and prevention systems are viewed by consumers as being the most differentiating technology during the vehicle-buying process. In fact, 73 percent of responders said they were “very/extremely likely” to purchase a vehicle with blind-spot detection/prevention than one without, the survey found.

“Consumers are becoming more interested in advanced automotive technologies than ever before and are increasingly factoring these technologies into their purchasing decisions,” Mike VanNieuwkuyk, vice president of Nielsen Automotive, said in a statement. “Manufacturers need to continue to educate auto shoppers about the technologies that appeal to their personal interests and desires in order to distinguish their products from competitive options and build stronger brand loyalty with these tech savvy consumers.”

The survey found that 53 percent of consumers strongly/somewhat agree that auto manufacturers are doing what is needed to keep vehicles safe from too many distractions.

Nielen also found an increase in the importance of corporate reputation.

“Consumers are becoming much more interested in the reputation of the company they purchase their vehicle from, VanNieuwkuyk said. “More than half of the respondents we spoke to indicated that car manufacturers are making good choices when it comes to safety, which really bodes well for industry reputations in general.”

 The base familiarity of the 44 auto-related technologies included in the survey was 25 percent.

 Millennials are the most interested generation in car technologies.

 Nearly one-third of respondents have never heard of connected car features, such as built-in access to the Internet and cloud services.

“Overall, U.S. consumers are more excited and less confused, distracted and indifferent about technologies in their vehicle than they were in any of the last three years,” the report said.