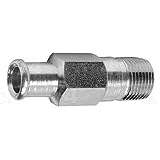 A row of new Ford Fusions is seen at an automobile dealership in Zelienople, Pa., in this 2013 file photo(Photo: Keith Srakocic, AP)

More people are defaulting on high-risk auto loans and a credit rating agency predicts the trend could continue through the end of 2016 as prices of used cars are beginning to fall.

The percentage of people who qualified for subprime (FICO score of 600 or lower) auto loans but are 60 days or more behind on payments reached 4.59% in July, a 17% increase from a year earlier, according to Fitch Ratings.

Delinquencies among prime auto loan borrowers also rose, but remain at a manageable 0.4%, or 21% higher than a year ago.

The annualized net loss rate — the percentage of those subprime loan bundles regarded as likely to default — rose 7.39% in July, up 28% from July 2015.

“We’ve seen an increase across the board. It’s nothing unexpected given that over the last two or three years lenders have loosened up credit standards,” said Hylton Heard, senior director at Fitch. “It’s manageable and it is more exacerbated in the subprime sector.”

While the major automakers have said their captive finance arms (Ford Credit and GM Financial) have not moved aggressively into subprime lending, Ford executives did acknowledge last month that rising delinquencies were one of several factors causing them to warn that business would be more difficult in the second half of 2016.

General Motors reported in a similar filing that it set aside $864 million for credit losses in that same period of 2016, up 14% from a year earlier.

TransUnion, a credit research firm that also tracks the auto finance market, recently reported that 1.11% of auto loans (prime and subprime) were 60 days or more past due in the second quarter of this year.

But the rate varies among regions of the U.S. Michigan is almost identical (1.12%) to the national average. But Louisiana and Mississippi, both reliant on the oil and gas industry, have delinquency rates of 2.26% and 2.16%, respectively.

The lowest rates are in New England and the Pacific Northwest.

Another factor that could impact the auto loan market soon is a decline in used car values, which is beginning to happen among passenger cars, the Fitch report said.

“The strength in the wholesale used vehicle market diverges immensely by vehicle segment, with strength in larger segments, while the car segments trail and values are currently depressed,” it said, adding that Fitch expects used vehicle values will “be pressure in the latter stages of 2016 and come down from current levels.”

That means consumers will need to borrow more money for a new car or truck because they will receive less for trading in their current vehicles.

Leasing, which now accounts for 30% of new vehicle transactions, will also drive down used car values because as those leases end the supply of vehicles that are sold at auction is expected to increase in the next two or three years, Heard said.