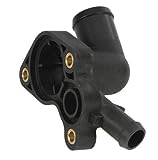 The running joke among automotive industry execs is that CES, a massive consumer electronics trade show that takes over Las Vegas every January, is really just another auto show.

Nearly a decade ago, Ford became the first automaker to have an executive give a keynote speech at the annual global technology event. This year, nearly one-quarter of the floor space at CES was dedicated to the industry and every major automaker as well as auto startups and other auto-related companies were there. CES has become the must-attend event to showcase the latest auto tech—and even unveil cars like GM CEO and Chairman Mary Barra did this year.

None of this is great for the North American International Auto Show, which is held in Detroit the week after CES wraps up. NAIAS, or the Detroit Auto Show as some call it, used to kick off the year and was considered “the show” to debut a car. CES has taken away some of that new car glow.

NAIAS organizers, either to address the focus among automakers on new tech or to compete with CES, is adding a mobility exposition called AutoMobili-D that will run in conjunction with the 2017 auto show this coming January. The exposition will feature more than 100 companies, including automakers, tier one suppliers and tech startups, organizers say.

For more on cars at CES, watch:

The event will focus on five areas: autonomous driving, connected car technologies, e-mobility, mobility services, and urban mobility. The last three cover all the new and unconventional ways people are getting from Point A to Point B, including the use of car-sharing and ride-hailing apps, bike-sharing, and shared ownership of cars like Ford’s group leasing program.

It’s a fitting decision considering all of the autonomous driving research going on in Michigan right now, particularly in Ann Arbor. A 23-acre mini-city called MCity opened in July 2015 at the University of Michigan for researchers to test driverless car technology and figure out how it will work in the real world. And earlier this month, Toyota announced it was sending 5,000 connected cars that can wirelessly communicate with other vehicles and infrastructure onto the streets of Ann Arbor in a real-world experiment designed to move autonomous driving closer to reality.

The AutoMobil-D will begin Jan. 8, 2017, the day before the start of NAIAS Press Days and will run through NAIAS Industry Days to Jan. 12.