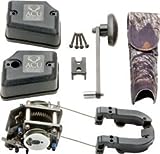 They range from the most powerful muscle car ever to sleek pocket rockets.
USA TODAY

Car enthusiasts, you may want to take a nice, long look at the 2018 Dodge Challenger SRT Demon.

Even if that just means staring in awe.

Fiat Chrysler Automobiles unveiled the Demon in a highly anticipated event Tuesday night on the eve of the New York International Auto Show, touting it as “a car unlike anything we’ve ever done.”

But just how eye-popping is the Demon? Here are some key specs to look at. Long story short: It’s a force to be reckoned with. You’re basically strapping yourself to a rocket.

Long story short, it’s the fastest and most powerful production car out there. Dodge says the Demon features the highest horsepower V-8 production-car engine ever produced. Speaking of which…

That’s the supercharged engine packed under the hood. And more than 50% of the components inside differ from that of the 707-horsepower, 6.2-liter V-8 Hemi that powers the Hellcat engine that debuted in 2014. 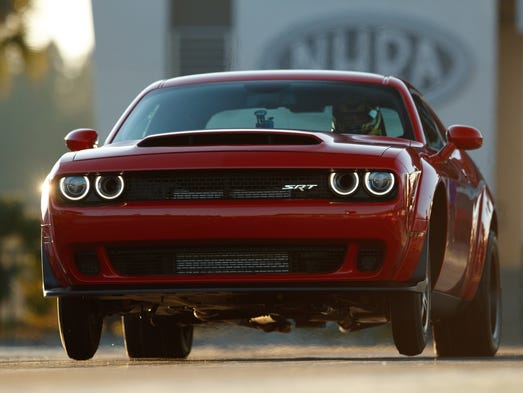 The highest G-force for a production car, according to Dodge. Yes, this is still a street-legal car. 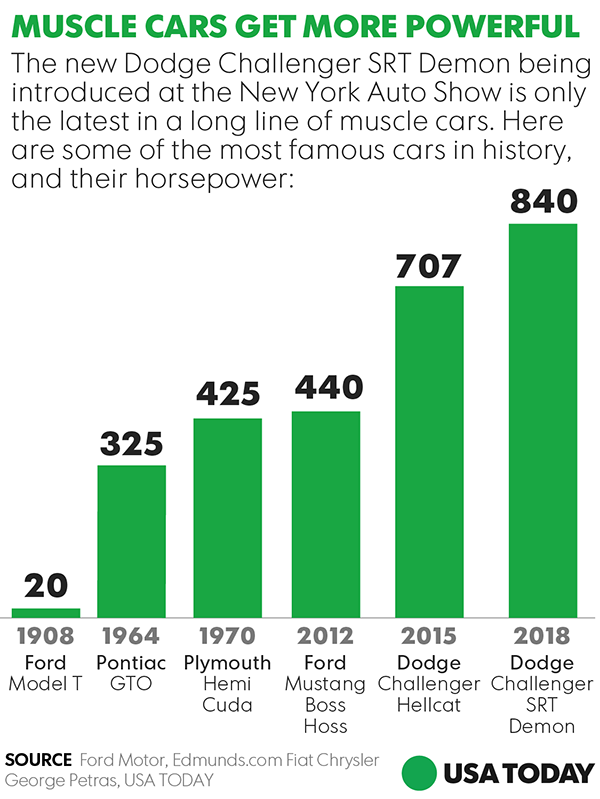 The front-wheel lift, the first-ever in a production car, as certified by the Guinness World Records.

That’s how fast this car goes from 0-60. That’s quicker than it takes for a home run to leave a ballpark in a baseball game.

And finally, that’s how fast this car can go in a quarter-mile, which means domination on the drag strip.

The revolutions-per-minute limit on the Demon engine.

Though we don’t know how much the 2018 Dodge Demon will cost, Tim Kuniskis, head of passenger car brands for Fiat Chrysler,. expects it to be well under $100,000.