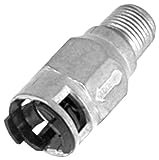 to play both football and basketball at Virginia Tech before he decided to focus solely on football.

Ford reaped the benefits of his decision Saturday when the Dolphins selected him in the seventh round of the 2017 NFL draft.

Ford entered the draft as an underclassman, but not before he became the all-time Virginia Tech leader in receptions (210), receiving yards (2,967) and receiving touchdowns (24).

He’s the only player in ACC history to hold school records in all three categories.

“I initially intended on playing both in college, but once I got there football kind of took over,” Ford said. “Once basketball season came, I just decided to give it up.

“I’m just excited for (this) opportunity. It’s been a long time coming. I’ve been dreaming about this opportunity since I was 5 years old. For it to come true, it’s truly a blessing and I’m ready to get there and get to work.”

Ford grew up in Jacksonville and was an All-First Coast selection in high school in both football and basketball after averaging 37 points on the court.

The Dolphins clearly got an elite athlete with this pick.

“I’m a playmaker,” Ford said. “I’m someone that can be trusted when a play needs to be made. I’m a great route-runner. I love to snatch the ball out of the air. Anything that needs to be done, I feel like I can come in and work as hard as I can to do it.”