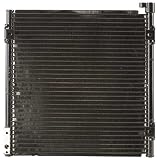 WARREN (WWJ) – Authorities say an autoworker was stabbed by a woman at the General Motors Technical Center in what is the first violent incident to ever take place at the facility.

The situation unfolded around 9:30 a.m. Wednesday at the GM campus in Warren, which stretches from Van Dyke Avenue to Mound Road and from 12 Mile Road to 13 Mile Road.

“That female came down. They spoke a few minutes and then walked outside in front of the lobby,” Fouts told WWJ’s Zahra Huber.

The women got into some kind of verbal dispute, Fouts said, during which the visitor pulled out a steak knife and violently stabbed the employee several times in the neck, abdomen and back.

A nearby valet driver, who also has a concealed pistol license, saw what was happening and rushed to the employee’s aid.

“He pulled the weapon out and stopped the attack from taking place,” said Fouts. “By then, this woman had been stabbed multiple times.”

The driver held the attacker on the ground at gunpoint as other GM workers called 911. Police quickly arrived on the scene and took the suspect into custody as the employee was rushed to the hospital. She was last reported in critical condition.

Fouts said the women obviously knew each other but the extent of their relationship is unknown, and a motive is not yet clear.

“Neither of the two females are speaking,” he said. “It appears that this is some sort of domestic dispute, since they knew each other well, but what that is we’re not sure of right now. … It’s certainly not terrorism, it’s certainly not workplace violence, but it looks to be some type of domestic violence.”

Police are now in the process of obtaining surveillance video from the facility, which likely captured the entire ordeal.

Officials with GM confirmed the incident happened but declined to provide any further details.

It’s the first violent activity in the history of the GM Tech Center, according to Fouts.

“From my personal point of view, this is an unprecedented activity in the GM Tech Center. It’s unbelievable and unthinkable that any type of violence like this could take place in such a placid and beautiful place as the GM Tech Center,” he said. “And I might add that if I were to go in the front of my office, I could almost have viewed this attack taking place. … This is not a violent area. This is a peaceful, placid area of the city and it’s just something that’s unthinkable until it happens.”

Fouts said the valet driver might have very well saved the employee’s life.

“This valet driver, by having his concealed weapon — and I guess there’s an argument that people should be able to have a concealed weapon — he was able to stop this violent act from reaching a very unfortunate end,” he said. “And as it is, the woman is in critical condition but hopefully she will survive.”

An investigation is ongoing.

Stay with WWJ Newsradio 950 and CBSDetroit.com for the latest.