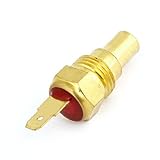 DETROIT Fiat Chrysler Automobiles NV will face a shortage of new products in North America over the next 18 months, especially hot-selling trucks and crossover vehicles, according to three sources familiar with the company’s plans.

While the Italian-American automaker said it will bring three new sports models from Italy to the United States in the coming year, it plans to introduce only one all-new vehicle developed and built in North America: A redesigned Chrysler Town and Country minivan that is due next spring.

In comparison, FCA’s two Detroit rivals between them plan to introduce more than a dozen new or redesigned U.S. models by the end of 2016, the sources said. General Motors’ Chevrolet brand alone expects to launch as many as six new U.S. vehicles over the next 18 months.

Fiat Chrysler will announce its quarterly results on Thursday in London.

“To say that we have virtually no new products coming in North America in the next 18 months is simply nonsense,” Ranieri said in a phone interview on Wednesday. “You will see us reveal new products at upcoming auto shows in Los Angeles, Detroit and New York.”

However, aside from the Chrysler minivan, the company continues to defer investments in new North American-built products, leaving it with a dearth of fresh cars and trucks in the company’s most important market, where competition is red-hot, especially in pickups and crossovers.

Since May 2014, redesigns of FCA’s highest-margin U.S. vehicles – the Ram 1500 pickup, the Jeep Wrangler and the Jeep Grand Cherokee – have been delayed several times, in some cases by more than a year, according to the three sources.

FCA declined to comment on the latest reported delays.

Ranieri said that FCA has no shortage of fresh products. In the past year, he said, the company has introduced two all-new crossovers, the compact Jeep Renegade and Fiat 500X, as well as redesigned versions of the full-size Chrysler 300, Dodge Charger and Dodge Challenger.

But a makeover of the Wrangler has been delayed again, this time to fall 2017, while a full redesign of the Grand Cherokee has been pushed back to fall 2019, the sources said.

After the debut next spring of the redesigned minivan, the next all-new model slated to begin production in North America is a replacement for the Jeep Patriot and Compass compact crossovers, the sources said. The as-yet-unnamed Jeep is slated to arrive at U.S. dealers in early 2017, but may go into production earlier in some overseas markets, including China.

FCA Chief Executive Sergio Marchionne has said he is reluctant to retool an assembly plant for a popular model like the Wrangler while demand is still brisk. But the risk is that newer, more efficient and attractive competitors with fresher designs will be entering the market, potentially shrinking demand for Chrysler’s aging vehicles.

FCA shares in New York were down 2.8 percent to $14.51 in late afternoon trading.

(Reporting by Paul Lienert in Detroit; Editing by Steve Orlofsky)