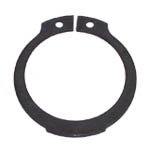 A picture taken with a mobile phone shows injured people waiting for medical help after an explosion at an automotive parts factory in Kunshan, Jiangsu province, China, on August 2, 2014.(Photo: Featurechina/EPA)

BEIJING — An explosion at an automotive parts factory in China that supplies General Motors left 68 dead and 187 injured Saturday, local officials said, in the nation’s deadliest industrial accident in more than a year.

A preliminary investigation suggests the blast followed a flame being lit in a dust-filled room, local officials said at a press conference Saturday evening, where Kunshan Mayor Lu Jun wept over the tragedy.

More than 250 people were at the site Saturday when the explosion occurred. Forty-four were killed immediately, and another 24 died en route to the hospital or after medial treatment failed, officials said. More than 130 of the injured were transferred to hospitals in the nearby cities of Suzhou, Wuxi, Nantong and Shanghai, Xinhua reported.

Two senior executives at Zhongrong have been placed under police custody, and Chinese Premier Li Keqiang has ordered safety checks on other factories, Xinhua reported.

Zhongrong, a Taiwanese company, was founded in 1998 in a part of China with significant investment from Taiwan. In a statement, GM confirmed that Zhongrong is a supplier to GM’s global supplier Dicastal, the Associated Press reported.

Footage and cellphone images aired by Hong Kong’s Phoenix Television and news websites in China showed a large plume of smoke rising from the factory, a truck loaded with corpses and survivors with extensive burn wounds sitting on wooden cargo pallets outside the factory gates.

The local government has asked citizens to donate blood, and medical staff have been sent from Shanghai to treat burn victims, said the People’s Daily, the ruling Communist Party’s main newspaper.

Rising incomes in China have led to an automotive boom and record sales for U.S. carmakers, including GM and Ford who have significant operations in China manufacturing for the local market.

China’s industrial safety record has improved in recent years, with a reduction in accidents that cause multiple fatalities, but incidents remain common.