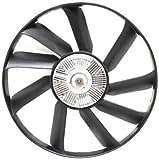 Fiat Chrysler Automobiles NV is partnering with Lionsgate Films on a co-branded marketing campaign for the highly-anticipated final chapter of the “Hunger Games” franchise.

The automaker on Friday announced the campaign for “The Hunger Games: Mockingjay – Part 2” will begin Sunday and include national television and radio spots. Fiat Chrysler also will be one of the presenting sponsors of the movie’s red carpet premiere in Los Angeles on Nov. 16.

“Our collaboration with ‘The Hunger Games’ and Lionsgate is a great example of what can be done that’s unexpected,” said Fiat Chrysler Chief Marketing Officer Olivier Francois in a statement. “The association with such an anticipated and popular movie provides an exceptional relevance to our message.”

There will be four 30-second co-branded TV commercials promoting the movie – released nationally Nov. 20 – and the automaker’s Chrysler, Dodge and Ram brands.

Dodge’s two ads – “Whistle” and Playing with Fire” – focus on “the rebellious spirit” of Jennifer Lawrence’s character Katniss Everdeen. Ram’s “The Official Truck of Heroes” is meant to acknowledge the heroes of the multibillion film franchise, while Chrysler’s “Where You’re Going” reflects Everdeen’s evolution from humble beginnings to hero.

“The values shared with our three brands – the ‘rebellious’ Dodge, the ‘hard working’ Ram, and the resilience of Chrysler – bring the branding element,” Francois said.

Paula Kupfer, SVP of Global Partnerships and Promotions – Lionsgate, said the company was “thrilled” to partner with the automaker, saying the campaign will “highlight the wealth of the entire ‘The Hunger Games’ franchise through each iconic brand’s individual story.”

The collaboration with Lionsgate comes just over two months after it was announced Fiat Chrysler was partnering with Lucasfilm for “Star Wars: The Force Awakens” — the newest film in the “Star Wars” franchise. Details of the agreement were not announced.

Both partnerships are the most recent in a number of high-profile partnerships between Fiat Chrysler and Hollywood under Francois.

Since 2011, when Francois became head of marketing, the automaker has partnered with nine movies for co-branded spots and advertising campaigns — from “Godzilla” and “Unbroken” in 2014, to the “Fast and Furious” franchise, including “Furious 7” earlier this year.

In previous collaborations with film studios, Francois has found unique ways to promote vehicles as well as movies, including dual-branded ads for “Furious 7” and “Anchorman 2: The Legend Continues.”

Francois has a philosophy centered on three pillars: “Brand over the product.” “Be unique and unexpected.” “Make an unforgettable connection.” He traditionally also has one of the automaker’s brands in mind when teaming up with any other company or person — from rappers Eminem and Dr. Dre for the Chrysler brand to Will Ferrell for Dodge.