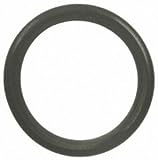 Fiat Chrysler Automobiles’ stamping plant in Sterling Heights will soon be making parts for the Jeep Wrangler and is on track to get second round of investments for new stamping presses so it can handle that work, FCA CEO Sergio Marchionne said Friday.

Marchionne announced the Wrangler work at an event for employees to celebrate the completion of a $166-million investment in three new stamping presses that will increase the plant’s production capacity by 30%.

The investment at the stamping plant, announced last summer, is part of $5.3 billion the company said it would invest over the next four years as part of the automaker’s commitments to the UAW in contract negotiations last year.

As part of those commitments, the automaker will spend more than $1 billion to retool its plant in Toledo, where it will make the next-generation Wrangler and dramatically expand the annual production of the iconic Jeep SUV.

“When we resume the production of Wrangler we will increase the capacity of Wrangler and we need a feeding source” and Sterling Stamping is serving as that source, Marchionne said. “There are still additional investments coming.”

The new stamping machines that were recently installed will boost the plant’s pressing capacity from 62 million parts annually to more than 82 million annually.

“This opens up the opportunity for new work to come into the building,” said plant manager Lance Schwartz.

Built in 1964, Sterling Stamping is one of six stamping plants operated by FCA in North America. At 2.7 million square feet, it is among the largest stamping plants in the world.

Still, some of the stamping presses in the plant are more than 40 years old and are badly in need of being replaced.

LaShawn English, president of UAW Local 1264, said workers are excited about getting the Wrangler work and the potential for even more new equipment.

“I hear we are supposed to get more investments; they haven’t committed to it,” English said. “We are the biggest and the largest stamping plant in the whole division … we have room for more presses.”

The overhaul of the Wrangler plant in Toledo and the investment plans for Sterling Stamping are part of a sweeping restructuring of FCA’s North American production footprint. The automaker is in the process of shifting the production location of a number of its cars and trucks to new plants.

For example, Marchionne has previously said it will produce the a new Jeep Wagoneer SUV at its Warren Truck Plant after the Ram 1500 is moves to Sterling Heights Assembly.

But on Friday, Marchionne would only say the automaker is committed to producing the Wagoneer and declined to confirm that it will still be made in Warren.

Marchionne also took time Friday to defend criticism last year by some UAW members of the moment when he hugged UAW President Dennis Williams as the company and began contract negotiations.

The CEO said he has been frustrated by remarks made by some workers but kept quiet about the criticism of the hug during contract talks and for several months since the contract was ratified last fall.

The infamous hug, he said, reflects the close working relationship between the company, its workers and UAW management that was necessary to pull the company out of Chapter 11 bankruptcy in 2009.

“What happened here over the last seven years is the result of the work from a whole lot of people in joined and shared objectives and the shared full belief that we can bring back Chrysler as a car company,” Marchionne said. “What people forget is none of this would have been at all possible unless FCA and the UAW agreed on a common set of objectives.”