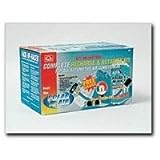 Fiat Argentina has said it is removing one of the handbooks it distributed with its cars from circulation, following criticism by women’s groups that it is misogynistic.

The booklet handed out to every new car owner, along with the manual, included advice relating to the skirt length and legs of females – called “co-pilots” of the driver who was presumed to be a man – and how he should “take the spot of the alpha male”.

The local representative of the Italian automaker said on its Twitter account that it regrets the handbook had that effect and that it never meant to be disrespectful.

Under the booklet’s “co-pilot” section, it advised: “If a lady’s skirt is too short, we recommend that she travel in the backseat to keep our concentration.

“If the skirt is not that short but you tend to have a wandering hand, she should also travel behind.”

Another section said that any woman who aspires to become a co-pilot “must at least have nice legs”.

Under the title, “driver with love,” it says that in order to “behave like a gentleman, you should know that if your partner, girlfriend or squeeze travels with friends, you should become the chauffeur for each and every one of them, taking the spot of the alpha male and dropping each one of them safe and sound at their resting place”.

The handbook was strongly criticised by Argentine women’s groups, including the organisers of a protest staged last week in Buenos Aires to condemn violence against women under the slogan #NiUnaMenos, meaning “Not one less.” The group recently published photos of Fiat Argentina’s handbook on its Facebook page, calling it, “a summary of stereotypical and misogynistic messages”.

There was strong criticism of the booklet on Twitter. “It’s full of old, misogynistic jokes,” Silvina Quintans wrote to Fiat Argentina on her account. “If this is their sales strategy, it would be good to remember that women also drive.”

Josefina said: “It’s the worst!!! How ignorant is the man that had this ‘nice idea’.” In another tweet she wrote: “In reality they communicated their message well, they do not want their market to be feminine, only to sell their cars to men!”